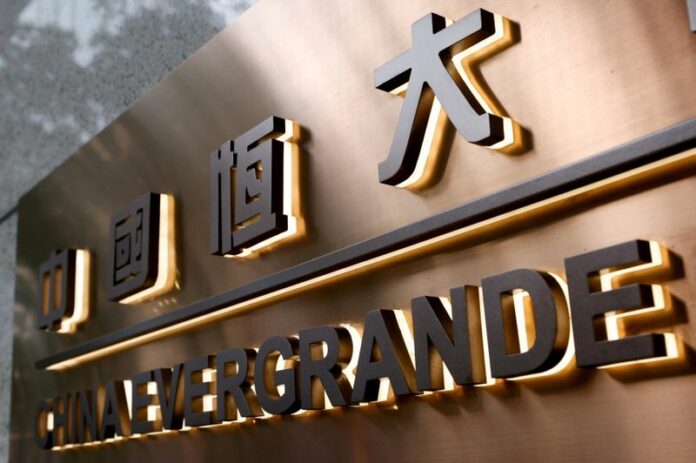 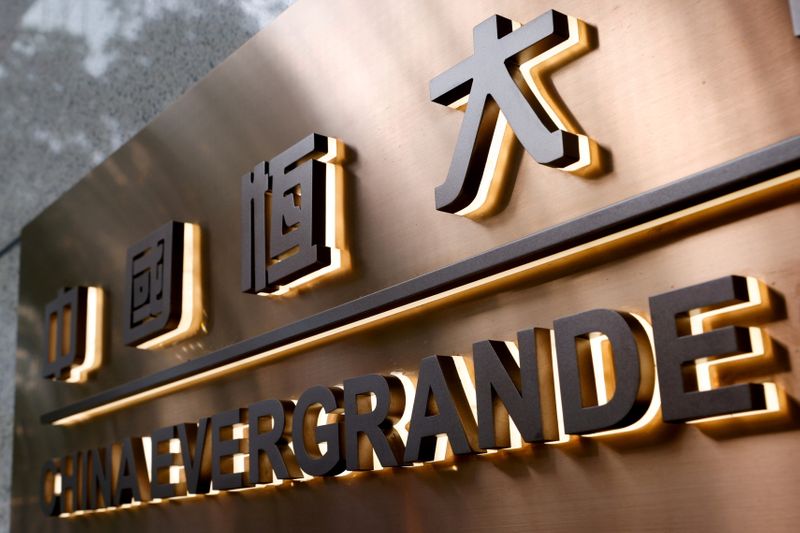 By Clare Jim and Andrew Galbraith

HONG KONG/SHANGHAI (Reuters) – China Evergrande Group appeared to have averted default with a last-minute bond coupon payment, a source said on Friday, buying it another week to wrestle with a debt crisis looming over the world’s second-biggest economy.

The property developer also announced plans to give future priority to its electric vehicles business over real estate.

Facing a deadline on Saturday to pay interest on a U.S. dollar bond, Evergande sent $83.5 million to a Citibank trustee account on Thursday, the person with knowledge of the matter told Reuters.

That brought relief for investors and regulators worried about fallout for global markets and added to reassurances from Chinese officials that creditors would be protected.

Still, the world’s most indebted property firm – with more than $300 billion in liabilities – needs to make payments on a string of other bonds, with the next major deadline to avoid default on Oct. 29.

With little known about its ability to pay and property sales tumbling 30% in the last 12 months, there is deep scepticism over Evergrande’s capacity to ride out the crisis.

The company, once China’s top-selling property developer, did not respond to a request for comment on debt payment.

Evergrande chairman Hui Ka Yan said on Friday the company would aim to make its new electric vehicle venture its primary business instead of property within 10 years.

Property sales will slow to about 200 billion yuan ($31.31 billion) per year by that time, compared to more than 700 billion yuan last year, he was quoted as saying by the state-backed Securities Times.

Evergrande’s new vehicle business, founded in 2019, has yet to reveal a production model or sell a single vehicle. Last month, the unit warned it was still seeking new investors and asset sales, and that without either it might struggle to pay salaries and cover other expenses.

‘BIT OF A RELIEF’

Evergrande’s overall woes have snowballed for months and its dwindling resources set against its vast liabilities have wiped out 80% of its value.

Founded in Guangzhou in 1996, the developer epitomised a freewheeling era of borrowing and building. But that business model has been scuttled by hundreds of new rules designed to curb developers’ debt frenzy and promote affordable housing.

It was not clear how cash-strapped Evergrande was able to raise funds to pay the bondholders or whether any had already received the money. Evergrande next needs to find $47.5 million by Oct. 29 and has nearly $338 million in other offshore coupon payments coming up in November and December.

“While obviously a positive, the coupon payment does not address the overall concerns about Evergrande’s sustained liquidity through the first maturity in Q2 2022 and beyond,” said John Han, a partner at law firm Kobre & Kim in Hong Kong.

“This only shows that the company is not yet ready for the house to come down completely through a massive cascade of cross defaults. Time is needed for what is planned next.”

If it fails to make next week’s payment, or any other final deadlines in coming weeks, defaults would be triggered on all $19 billion of its bonds in international capital markets.

That would be the second biggest emerging market corporate default after Venezuela’s state-owned oil firm.

Evergrande’s dollar bond prices surged on Friday morning after news of the transfer, with its April 2022 and 2023 notes jumping more than 10%, data from Duration Finance showed, though they still traded at deeply distressed levels of less than a quarter of face value.

Those gains evaporated on Friday afternoon in Asia, however, pushing several of the company’s other bonds down more than 6%.

Evergrande’s shares rose as much as 7.8% before closing up 4.3%, but still finished a shortened week down 8.8%.

Chinese property companies could now be locked out of offshore debt markets until early next year.

In mainland markets, the CSI300 Real Estate index finished up 2.4%, and an index tracking the broader property sector added 2%.

Asked whether it would step in to help its rival ease its liquidity crisis, the chairman of China’s third-biggest developer, China Vanke Co Ltd, said developers needed to ensure their own safety first.

“Everyone feels the chill as ‘winter’ arrives for the sector,” Chairman Yu Liang told a company forum.

Any prospect of Evergrande’s demise raises questions over more than 1,300 real estate projects it has in some 280 cities.

A leaked 2020 document, branded a fake by Evergrande but taken seriously by analysts, showed the company’s liabilities extended to more than 128 banks and over 121 non-banking institutions.

“Given that we have little clarity on how bank financing is going for stalled real estate projects, but we know that project pre-sales are down a lot, the onshore business is unlikely to be supplying cash to Evergrande near-term,” said Quiddity’s Lundy.