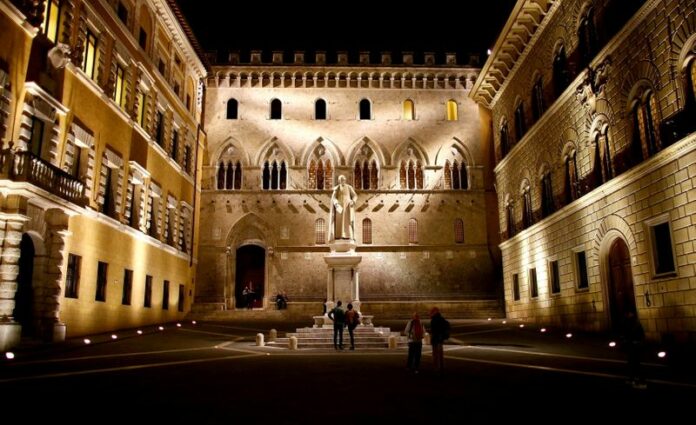 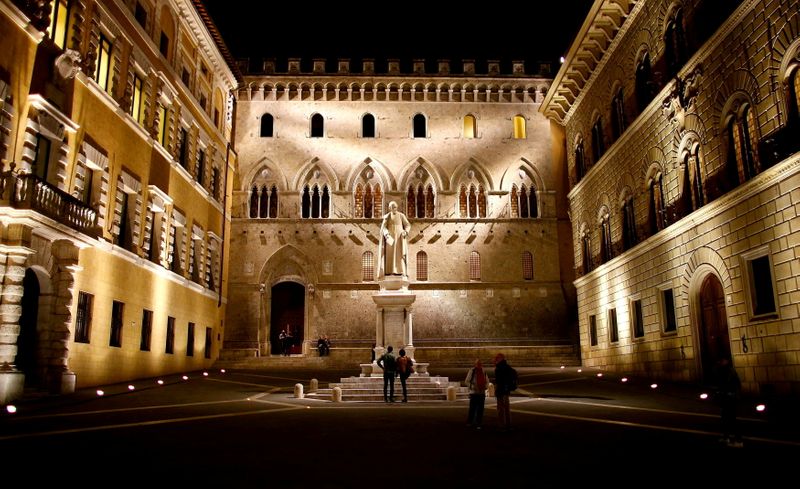 By Pamela Barbaglia and Valentina Za

LONDON (Reuters) -Italy’s government and UniCredit are preparing to call off negotiations over the sale of ailing bank Monte dei Paschi (MPS) after efforts to reach an agreement over a costly recapitalisation plan failed, two sources told Reuters.

The decision would complicate efforts by Prime Minister Mario Draghi’s government to meet a mid-2022 deadline agreed with European Union authorities to re-privatise the bank Rome rescued in 2017.

Italy has long seen a merger with a stronger peer as the best solution for the Tuscan bank, which has plans to raise 2.5 billion euros ($2.9 billion) in capital next year.

But the sources said the terms of a potential sale agreed by UniCredit and Italy’s Treasury when they entered exclusive negotiations on July 29 have made the merger plan too costly an alternative to a stand-alone recapitalisation.

A recapitalisation package worth more than 7 billion euros had appeared “too punitive” for Italian taxpayers after they spent 5.4 billion euros to salvage the bank four years ago, according to one of the sources.

Rome will now have to gain clearance from Brussels to pump more money into Monte dei Paschi without a plan in hand to cut the state’s 64% stake. It will also have to negotiate a new agreement with European authorities over the exit.

UniCredit, Italy’s No. 2 lender, and the Treasury declined to comment.

UniCredit had started discussing a possible purchase of MPS under previous CEO Jean Pierre Mustier. But his successor, Andrea Orcel, who took over in April, raised the bar, targeting a deal for only the most profitable parts of the bank.

UniCredit had said it wanted only MPS’ branches in wealthier northern and central regions, and would not take any soured or risky loans or risks stemming from mismanagement.

After concluding its due diligence analysis in September, UniCredit presented the Treasury with detailed demands based on the July terms earlier this month. It aimed to reach a decision before an Oct. 27 board meeting to approve quarterly results.

The sources said the parties had found it impossible to bridge the gap in their evaluations of MPS’ recapitalisation needs, a difference that one person put at 2.5 billion euros.

To complicate matters, disagreements resurfaced this week over the assets to be sold, with the government pushing to include MPS’ capital services arm and its leasing and factoring unit, two sources had said.

In addition, negotiators haggled over the way UniCredit calculated its fair value adjustments on MPS liabilities, which became another major stumbling block along with the size and costs of job cuts that Italy had to provide for, the first source said.

“No deal is possible under UniCredit’s conditions right now. But the same framework that was offered to UniCredit could be applied to a standalone plan,” the source said.

Rome has already reviewed the possible benefits of a standalone strategy, which would see the Treasury implementing parts of the measures offered to UniCredit, including a capital increase worth several billion of euros, this source said.

If the standalone plan goes ahead, MPS will also be rid of its remaining soured loans – which would go to state-owned bad loan manager AMCO – and any non-ordinary legal risks which would be carved out and guaranteed by the state.

Under the plan prepared by Treasury advisers Bank of America (NYSE:BAC) and Orrick for the sale to UniCredit, MPS’ legal risks stemming from mismanagement would be transferred to state-owned Fintecna, a confidential document seen by Reuters had shown.