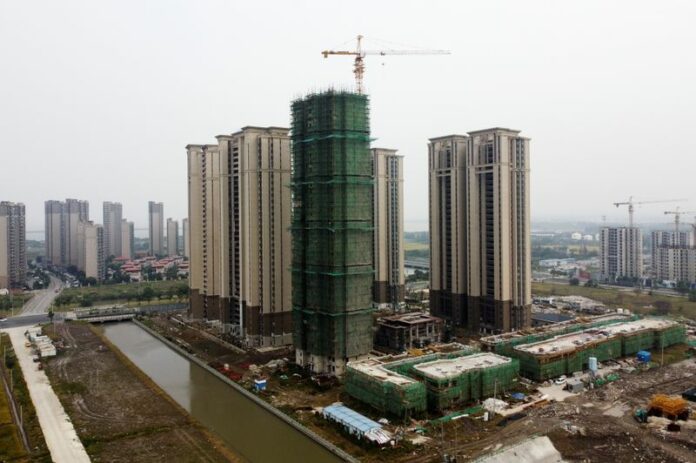 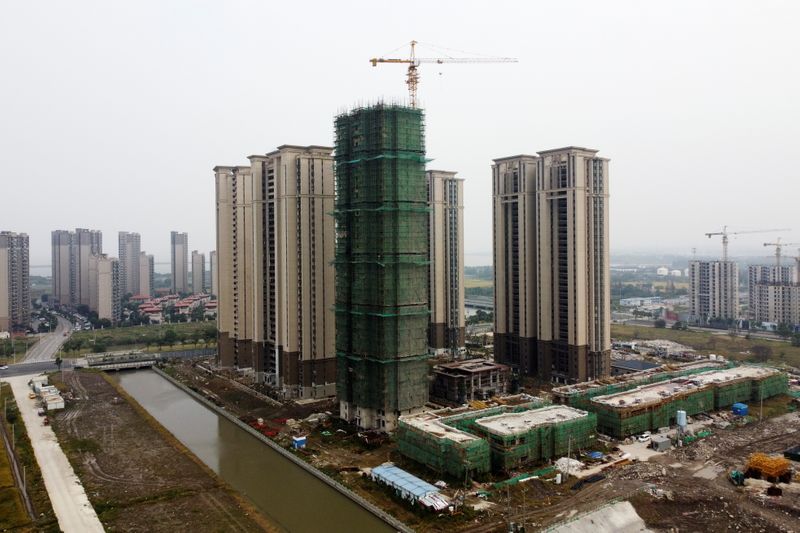 (Reuters) – China Evergrande Group has rapidly become Beijing’s biggest corporate headache as it wrestles with debts of more than $300 billion and the fate https://reut.rs/3jrfpZG of the country’s second-biggest property developer is keeping global markets on tenterhooks.

A string of Beijing officials have tried to reassure investors the crisis will not spiral out of control and that creditors’ interests will be protected, but its long-term impact on China’s property sector and economy is highly uncertain.

Here’s what you need to know about China’s property sector:

HOW BIG IS IT?

The sector is the largest contributor to China’s gross domestic product (GDP), accounting for more than a quarter when related industries are included, economists say.

A vast ecosystem of suppliers and service providers has flourished around giant property developers and real estate has played a crucial role in creating jobs and generating cash for local governments. Land sales in China account for a third of their revenues, which stood at 27.3 trillion yuan ($4.3 trillion) in 2020, according to Japanese bank Nomura.

Property accounts for 40% of the assets owned by Chinese households, according to Macquarie, raising concerns that if the bubble bursts, consumers would feel less wealthy and turn more thrifty, which would hit other sectors of the economy.

The value of nationwide land sales slumped 17.5% in August from a year earlier, according to Reuters calculations using finance ministry data, the biggest slide since February 2020.

China has about 65 million empty homes, which is equivalent to the total number of households in France and the United Kingdom combined, due to a massive building boom and rampant speculation.

Betting on sustained growth, a huge proportion of China’s 1.4 billion people – some estimates say about 70% – have money tied up in residential property. According to the Chinese central bank, 93.6% of urban households owned homes last year, one of the highest rates in the world.

The real estate market has continued to expand because investors, developers and home buyers have generally believed that the sector is too crucial to the economy for the government to allow any significant correction.

China’s property sector is heavily reliant on credit and many developers are struggling under the weight of debt. As of the end of the second quarter, Chinese developers owed 33.5 trillion yuan ($5 trillion), or a third of the country’s GDP, up more than two-fold from 2015, according to Nomura.

The sector’s outstanding debt is roughly equivalent to the GDP of Japan, the world’s third-largest economy.

Bonds worth $92.3 billion issued by Chinese developers are due in the next year, Refinitiv data shows. Bond defaults have jumped in recent quarters, from 5.5 billion yuan in the last quarter of 2020 to 21.5 billion as of mid-August, Nomura says.

Founded in 1996, Evergrande’s debt of more than $300 billion is equivalent roughly to the GDP of South Africa and bigger than Finland’s. The developer has more than 1,300 real estate projects in over 280 Chinese cities. Now the world’s most indebted developer, Evergrande has $19 billion worth of bonds on international capital markets.

But China’s property market started to slow in 2021, recording the longest downtrend since 2015 in new construction starts, while property sales by floor area dropped 15.8% in September, the third monthly decline in a row.

House prices in China have soared over the past decade. They vary greatly across regions within China but, on average, prices have risen 99% to 9,980 yuan per square metre in 2020 from 5,011 yuan in 2011, according to Reuters calculations based on data from the statistics bureau.

At the end of June, outstanding domestic and foreign currency household loans, the majority of which were mortgages, stood at 67.8 trillion yuan ($10.6 trillion), according to the latest data from the People’s Bank of China.

Tankers: No Support from the US Oil Export Trade