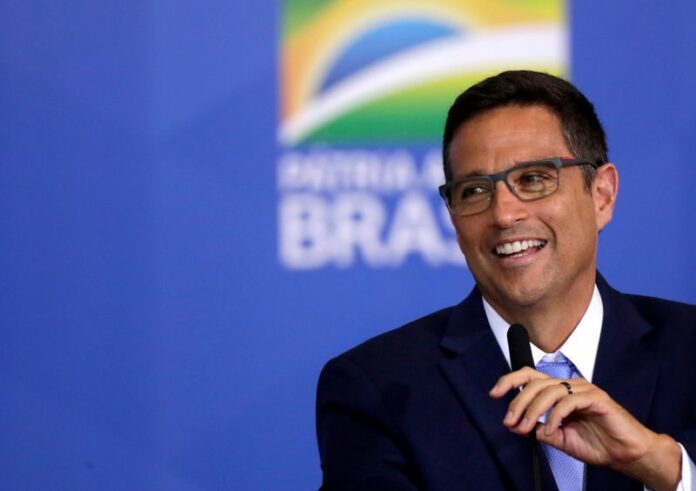 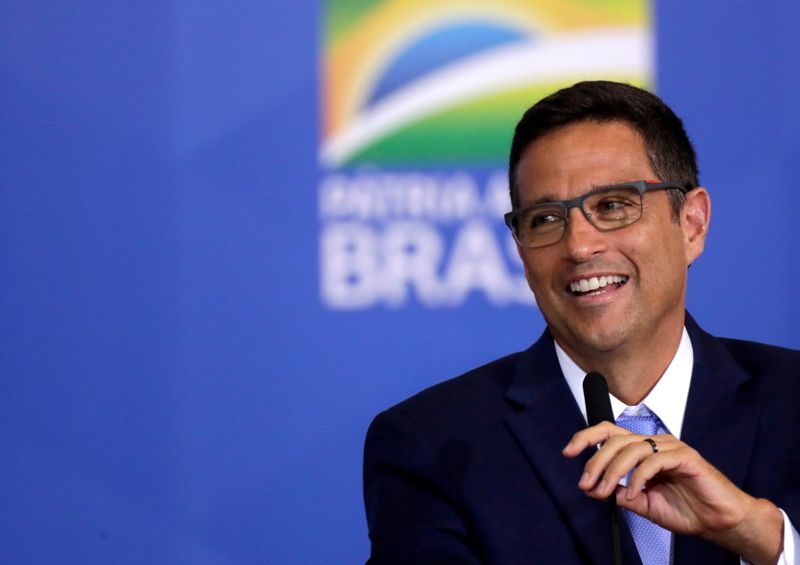 BUENOS AIRES (Reuters) – Brazil’s benchmark interest rate is set to rise at least another 100 basis points on Wednesday as the central bank reacts against fears of worsening inflation expectations from fiscal worries, a Reuters poll showed.

The bank’s rate-setting committee – known as Copom – will hold its hawkish stance, with policymakers possibly expressing concerns about the introduction of new welfare plans that may breach stringent fiscal rules.

Roberto Campos Neto, Banco Central do Brasil’s chief, has become the most aggressive hiker this year, raising the Selic benchmark rate by 425 basis points even as the economy recovers from a coronavirus pandemic-related recession.

While the median estimate of 31 economists in a poll taken Oct. 18-22 reflected an expected increase of the Selic rate to 7.25% from 6.25% at the Oct. 27 meeting, four global banks lifted their predictions by 25 basis points or more in the last 24 hours.

“Copom cannot change its mind about fiscal risks and give up trying to bring inflation to target,” Jose Francisco Goncalves, chief economist at Banco Fator, wrote in a note. “We adjust our call to two hikes of 150 (basis) points in the next meetings.”

Brazil’s economy minister opened the door this week to a one-off breach of a constitutional spending cap to pay for a bigger welfare program proposed by Brazilian President Jair Bolsonaro.

Domestic markets tumbled as the minister’s comments appeared to contradict earlier assurances from Bolsonaro that Brazil could increase payouts without stretching its strict fiscal rules.

Part of this year’s inflation surge in Brazil has been blamed on elevated economic uncertainty arising from the government’s inability to pass significant reforms to rein in the deficit and cut down gross debt which is now equal to 82.7% of GDP.

Brazil’s consumer prices rose in September at the fastest pace in more than five years, climbing 10.25% in 12 months. Inflation is well above this year’s target of 3.75%, with a 1.5 point tolerance margin.

In the poll, 24 economists now see the Selic reaching 9.0% in the first quarter of 2022, 50 basis points more than in the previous survey last month. The cost of lending should stay at that level until December, and fall only gradually after that.

Bolsonaro’s popularity has been dropping ahead of the 2022 election due to rising inflation and his hands-off approach to the pandemic. He has looked to expand a welfare program he had compared to vote-buying schemes during his 2018 campaign.

“Given inflation and election dynamics, the risks for the Selic rate are heavily skewed to the upside,” Felipe Sichel, Banco Modal’s strategist, said. “The central bank will point to the need of higher rates to fight rising consumer prices.”

(Reporting and Polling by Gabriel Burin in Buenos Aires; Editing by Matthew Lewis)