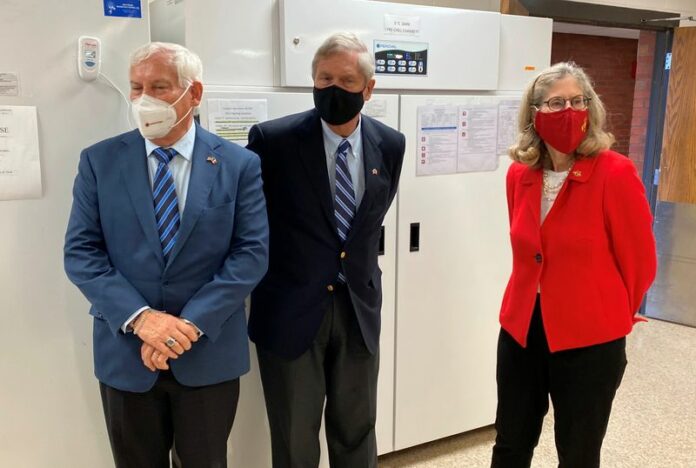 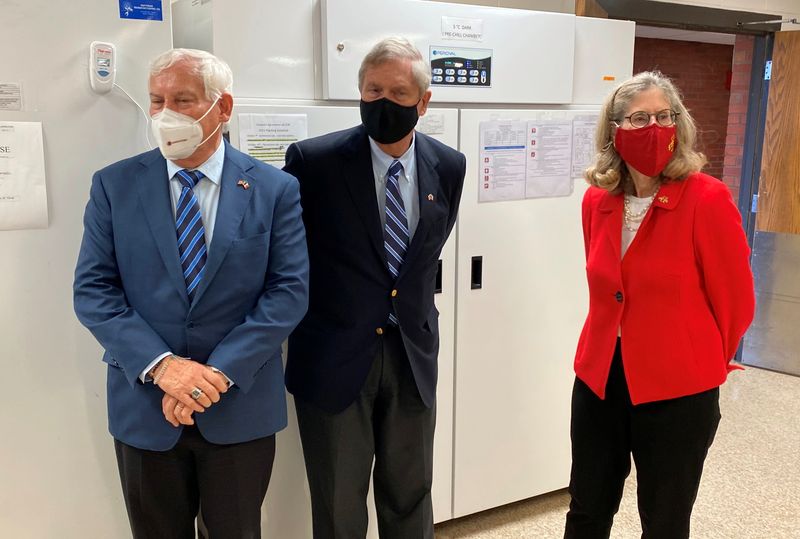 (In Oct 20 story, corrects context on seed patents in paragraph 7)

ANKENY, Iowa (Reuters) -Mexico’s agriculture minister said the country would not limit imports of genetically modified (GMO) corn from the United States during a meeting with U.S. Agriculture Secretary Tom Vilsack in Iowa on Wednesday.

Mexico published an executive order late last year that sought to ban in three years the use of GMO corn for human consumption, but did not define what products would be included, generating confusion in the agriculture industry. The government pledged to substitute imports with local production by 2024.

Mexico is the No. 2 buyer of U.S. corn after China. Mexican Agriculture Minister Victor Villalobos said Mexico would not allow the cultivation of GMO corn but would allow imports from the United States.

“We will continue requiring and demanding yellow corn from the United States,” he told reporters. He said Mexico depended on yellow corn “for agro industries.”

Vilsack said seeds are the next thing the Department of Agriculture will look at under a Biden administration order on competition.

The administration plans to take a look at the seed industry and “why it’s structured the way it’s structured,” Vilsack said. “You wonder whether these long patents make sense.”

Companies, including Bayer AG (DE:BAYGN) and Corteva (NYSE:CTVA) Inc, develop genetically modified seeds and herbicides that other companies can only produce once a patent expires unless they pay the patent holder for a license. Bayer (OTC:BAYRY), which acquired Monsanto (NYSE:MON) in 2016, has long been dominant in the U.S. market.

Bayer and Corteva did not immediately respond to requests for comment.

Coffee Hits New High, But Could It Move Even Higher?

Coffee Hits New High, But Could It Move Even Higher?