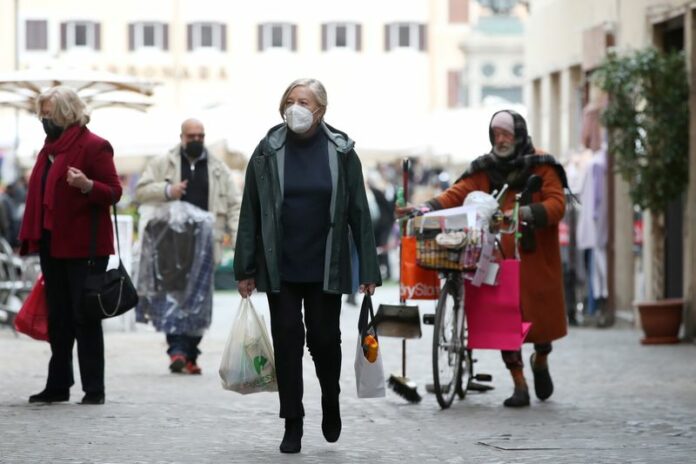 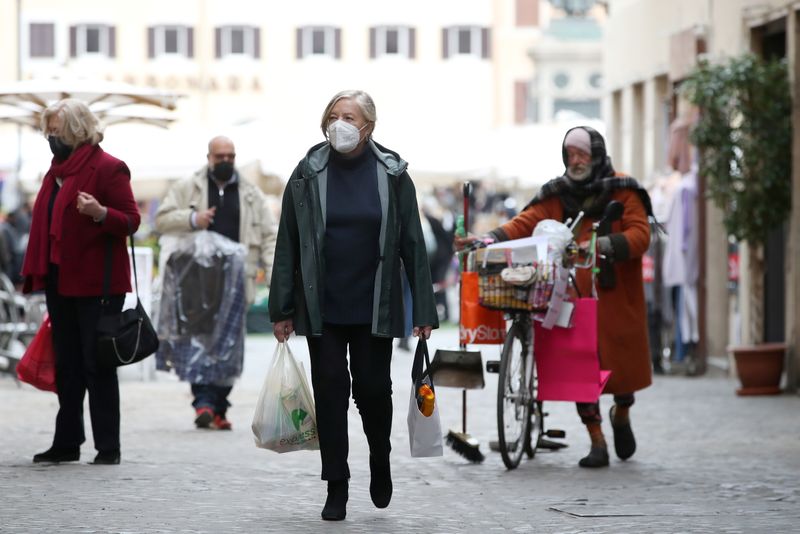 © Reuters. People walk near the open-air market as the government is due to announce stricter coronavirus disease (COVID-19) restrictions, in Rome, Italy, March 12, 2021. REUTERS/Yara Nardi/Files

The government in April presented to the European Union a plan that sets out infrastructure investments and reforms to raise Italy’s growth potential and obtain more than 200 billion euros ($234.52 billion) of EU funds over the next six years.

“The Draghi government’s large bicameral majorities should ensure the end 2021 implementation of the 51 milestones and targets included in its ambitious reform program,” the ratings agency said in a statement.

The agency added that steps taken by the European Central Bank since the COVID-19 pandemic’s start to ensure a unified monetary policy within the euro zone have also supported Italy’s recovery.

A strong investment-led recovery in 2021 and 2022 should put the Italian gross domestic product above 2019 levels one year earlier than S&P had previously estimated, the ratings agency said.

The eight-month-old government forecasts the euro zone’s third-largest economy will grow by 6% this year, following the record 8.9% contraction in 2020 caused by the pandemic.