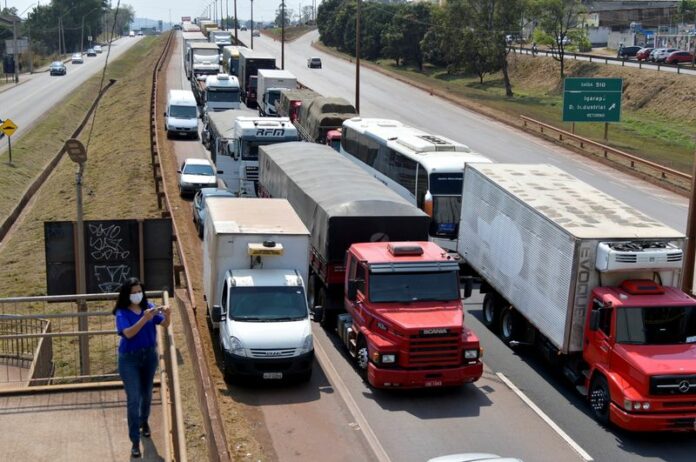 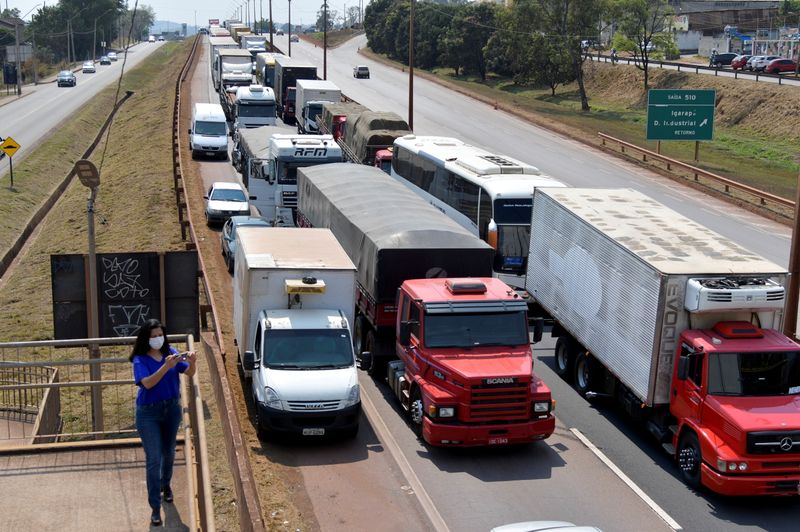 By Roberto Samora and Gram Slattery

SAO PAULO (Reuters) -Truckers blockading a major refinery in the Brazilian state of Minas Gerais disbanded on Friday, allowing fuel supplies to normalize in the nation’s second most populous state.

The protesters, principally truckers who deliver fuel, had been demanding a decrease in taxes on diesel. Since Thursday, they had blocked roads near the REGAP refinery near state capital Belo Horizonte, an action that spooked industry leaders and motorists and caused some gas stations in Minas Gerais to run low on fuel.

Truckers have grown increasingly vocal in recent months as a rise in global crude prices has pushed up the cost of diesel domestically and eaten into margins. Trucker groups have threatened a general strike next week, a move that could prove crippling for Brazil’s economy, if widely observed.

A truckers strike over high fuel prices in 2018 ground the economy to a halt, and destroyed the remaining political capital of the already unpopular government at the time. As a result, Brasilia remains attentive to their demands.

On Thursday evening, President Jair Bolsonaro, who is expected to run for re-election next year, said that the government would give Brazil’s 750,000 truckers 400 reais ($70) each, to help cushion the impacts of rising fuel prices.

Shortly after, four key Treasury officials quit amid signs the government is looking to lift a constitutional spending cap, a move that battered local equities markets and the real currency.

Speaking in Brasilia on Friday, Bolsonaro played down overspending concerns, saying that the payment to truckers would cost the government less than 4 billion reais in total.

Brazil-listed shares in Vibra Energia SA and Ultrapar Participacoes SA (NYSE:UGP), the owners of the nation’s largest and second-largest gas station chains, respectively, were both down over 3.5% in afternoon trade. The benchmark Bovespa equities index was off 1.1%.