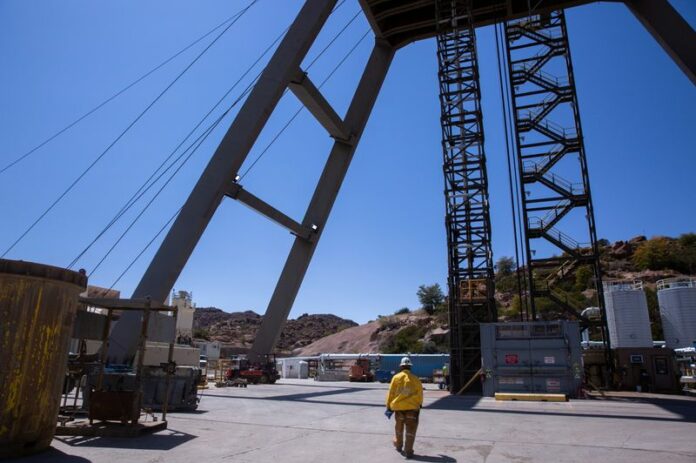 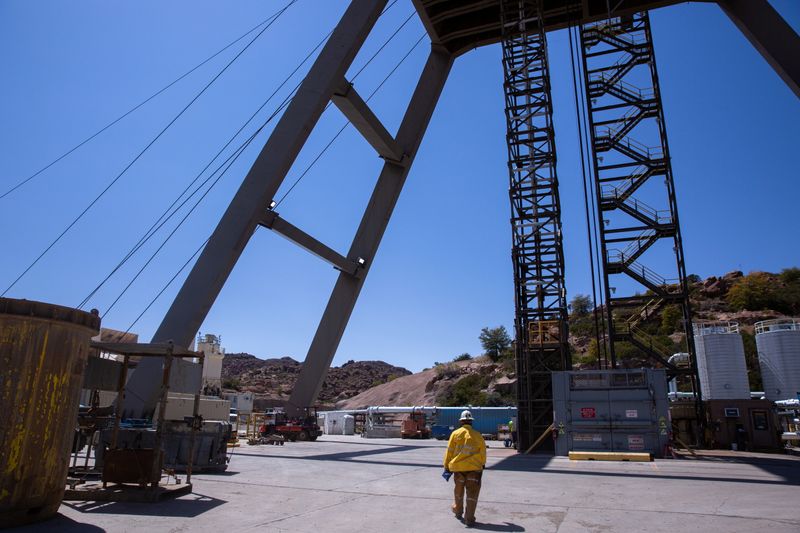 (Reuters) -A U.S. appeals court on Friday questioned whether it had the power to override an act of Congress that gave Rio Tinto (NYSE:RIO) Ltd land in Arizona for its Resolution copper mine, which has been challenged by Native Americans. “It’d be nice if Congress or someone would make more sense out of this,” said U.S. Circuit Judge Marsha Berzon, as the court appeared likely to support the U.S. government plan to give Rio Tinto the Arizona land.

Apache (NASDAQ:APA) Stronghold, a group of Native Americans and conservationists, asked the 9th U.S. Circuit Court of Appeals in San Francisco to overturn a lower court’s ruling https://www.reuters.com/business/us-judge-will-not-stop-land-transfer-rio-tinto-mine-arizona-2021-02-12 that allowed the government to give Rio the land.

The 49-minute hearing was the latest development in the long-running clash https://www.reuters.com/business/energy/arizona-mining-fight-pits-economy-evs-against-conservation-culture-2021-04-19/#:~:text=Arizona%20mining%20fight%20pits%20economy%2C%20EVs%20against%20conservation%2C%20culture,-By%20Ernest%20Scheyder&text=But%20U.S.%20President%20Joe%20Biden,in%20a%20drought-stricken%20state between members of Arizona’s San Carlos Apache Tribe, who consider the land home to deities, and Rio and minority partner BHP Group (NYSE:BHP) Plc, who have spent more than $1 billion on the project without producing any copper.

Demand has been growing for the red metal used to make electric vehicles (EVs) and other electronics devices.

An attorney for the Apache Stronghold said the group was optimistic the court would rule in its favor, but would appeal to the U.S. Supreme Court should it lose. Rio Tinto and BHP declined to comment.

“It’s really hard and frankly dangerous to try to predict which way the court is going to rule based on oral arguments,” Luke Goodrich, an attorney for Apache Stronghold, told a San Francisco press conference after the hearing. “I think they’ll see what the right thing is to do.”

Judges questioned whether they had the power to reverse a 2014 decision by former President Barack Obama and Congress that set in motion a complex process to give Rio federally owned Arizona land that contains more than 40 billion pounds of copper in exchange for acreage that Rio owns nearby.

The three appeals court’s judges are expected to rule in the near future. Meanwhile, the U.S. Congress is debating a bill that would undo https://www.reuters.com/world/us/us-house-committee-moves-block-rio-tintos-resolution-mine-2021-09-10 the 2014 legislation that approved the land transfer.

Previous court rulings have allowed the government to give away land it owns, even if the land is considered sacred by some groups. But courts have routinely also found that the government cannot force individuals to do something that would violate religious beliefs.

The Apaches have said that giving this land away to Rio Tinto effectively forces them to violate their religious beliefs, since they would not be able to worship at the site.

U.S. Circuit Judge Mary Murgia, one of the three judges, questioned that argument.

“It seems like you might be asking us to alter this test, and I’m not sure if that’s appropriate for this panel to do here,” Murgia said.

“The religious exercises that they’ve engaged in there for millennia will end” if Rio’s mine is built, he told the court.

Berzon said she was sensitive to the historical mistreatment of Native Americans, but felt bound by law to restrict their deliberations to the narrow question under consideration in the case about whether the government can do what it wants with its own land.

Joan Pepin, a U.S. Department of Justice attorney, told judges that the Congress’s move to give the land away should override any previous agreements Washington may have made with the Apache.

“When a statute and treaty rights conflict, the statue abrogates it,” she said.

U.S. Circuit Judge Carlos Bea asked whether mediation could resolve the conflict. Attorneys for both side said that was unlikely.