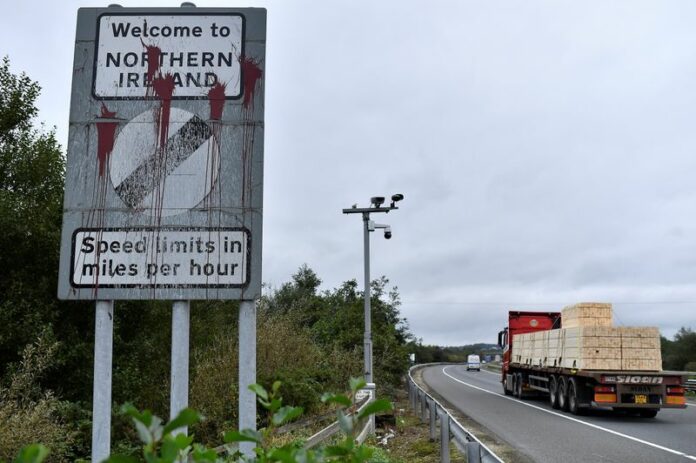 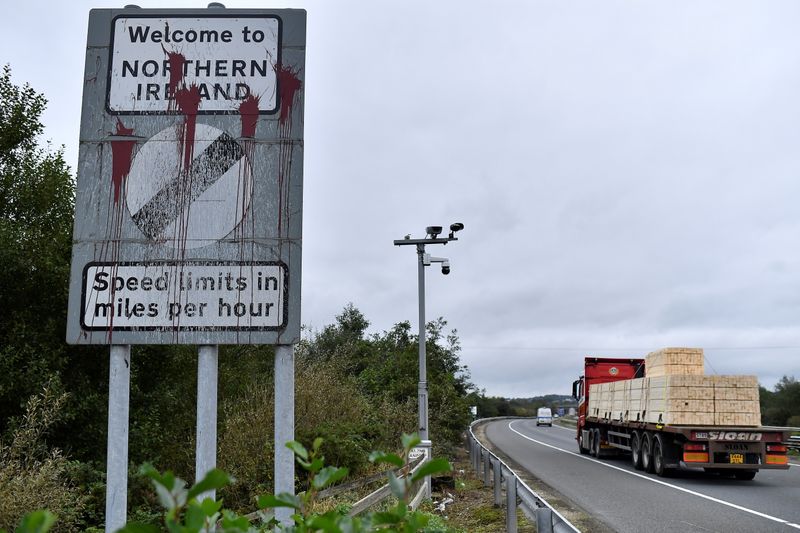 LONDON (Reuters) – The United Kingdom said on Saturday that talks with the European Union over post-Brexit trade rules for Northern Ireland had been constructive, but substantial differences remained.

Goods moving between Britain and Northern Ireland currently face customs checks, as part of a deal reached before Brexit to avoid more contentious border checks between Northern Ireland, which is part of the United Kingdom, and EU member Ireland.

However, Britain and the EU disagree over how to implement customs and safety checks, which fall especially heavily on meat, dairy and medical products. Britain also objects to the role played by the EU’s supreme court in policing the deal.

“The talks this week were constructive and we’ve heard some things from the EU that we can work with – but the reality is that we are still far apart on the big issues, especially governance,” Prime Minister Boris Johnson’s office said in a statement released late on Saturday.

“Whether we’re able to establish that momentum soon will help us determine if we can bridge the gap or if we need to use Article 16,” the statement added, referring to the possibility of taking unilateral action to ease trade flows.

Britain said talks with EU negotiators would move to London from Brussels next week, and that its Brexit minister David Frost would meet European Commission Vice President Maros Sefcovic at the end of the week.

Ireland’s European Affairs minister Thomas Byrne said on Thursday that the dispute could be resolved within weeks.

The EU made detailed proposals to ease the transit of goods on Oct. 13, but is unwilling to give up the role of the European Court of Justice.