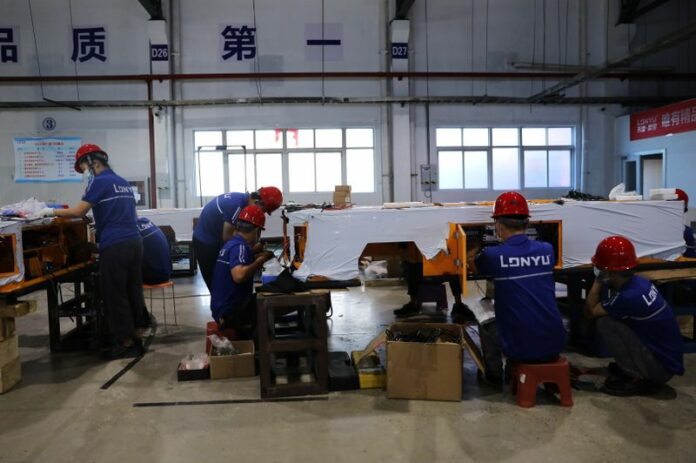 China will defer some taxes for manufacturers, state council says

BEIJING (Reuters) – China will defer some taxes for manufacturing firms for three months from November due to the impact of high raw material prices and rising production costs, the country’s cabinet said on Wednesday, according to state TV.

The tax deferral amounts to a total of around 200 billion yuan for smaller firms in the manufacturing sector, China Central Television cited the State Council as saying after a meeting chaired by Premier Li Keqiang.

Moreover, the government will also allow coal companies and heating firms to defer their tax payments – worth about 17 billion yuan – in the fourth quarter, to help resolve their operational difficulties, the meeting said.

China’s factory activity unexpectedly shrank in September due to a power shortage and elevated input prices, adding to the headwinds facing the Chinese economy including curbs on its property and tech sectors.

China’s gross domestic product expanded 4.9% in July-September from a year earlier, the weakest pace since the third quarter of 2020, raising heat on policymakers to roll out more supportive measures to steady a slowing economy.

The government will study more tax reduction policies for market entities in the next step, and will step up fine-tuning and preemptive adjustments of macro policies at an appropriate time, the State Council meeting said.

China will also extend the tax exemptions on bond interest for foreign investors until the end of the 2025, the meeting added.