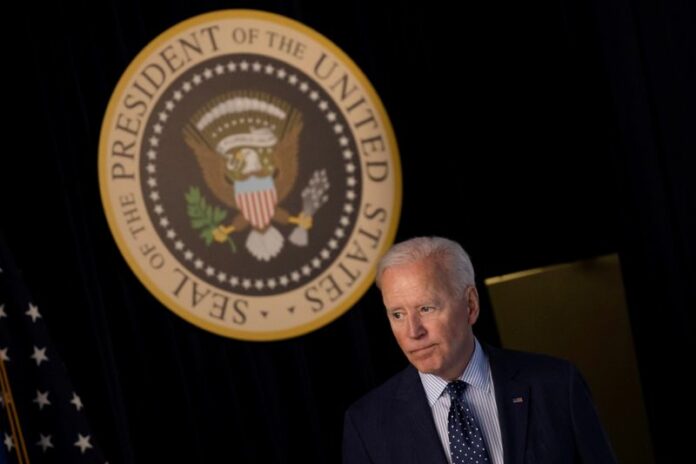 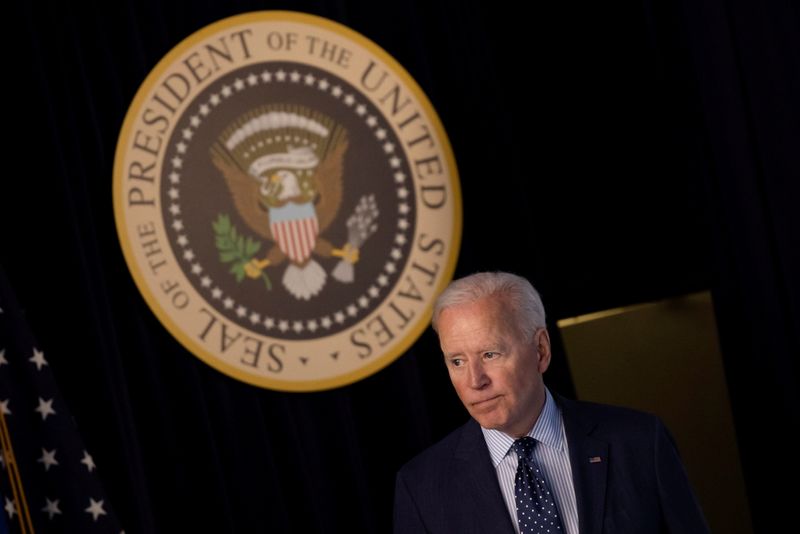 The billionaires tax, announced by Senate Finance Committee Chairman Ron Wyden, is part of a two-pronged legislative strategy that also includes a proposed 15% corporate minimum tax on the most profitable U.S. corporations, which was unveiled on Tuesday.

The tax proposals were unveiled as Biden’s Democrats struggle to reach agreement on a pair of bills together worth about $3 trillion to rebuild the nation’s infrastructure, boost social spending and fight climate change.

Progressives have so far refused to vote on a Senate-passed $1 trillion infrastructure bill, nicknamed the “BIF,” until they have a deal on the larger “Build Back Better” social spending and climate bill that’s expected to total $1.5 trillion to as much as $2 trillion.

“For the BIF to pass, we need to have the trust, the confidence and the reality of the Build Back Better bill,” House of Representatives Speaker Nancy Pelosi told members of her caucus on Wednesday, according to a source familiar with the discussions. “In the next couple of hours, I will be communicating with you on our path from here to there … depending on what happens at the White House.”

Wyden and other lawmakers, including Democratic Senator Elizabeth Warren, say the tax legislation is intended to curtail tax avoidance by corporations and the wealthy and could generate hundreds of billions of dollars to pay for Biden’s plan.

The White House backs the corporate minimum tax, which would dovetail with a global corporate minimum tax recently agreed to by 136 countries https://www.reuters.com/business/finance/us-treasurys-yellen-confident-congress-will-pass-global-minimum-tax-2021-10-10 and aimed at corporations that pay little or no tax by gaming the international tax system.

The billionaires tax faces potential opposition from Democrats in the House, who favor straightforward hikes in tax rates for companies and the wealthy as a way to fund the Biden agenda.

That had originally been Biden’s plan as well, but Democratic Senator Kyrsten Sinema has said she would not support that approach. Democrats need to keep all of their members in line for legislation to pass the Senate, which is split evenly between the two parties.

Some experts say the billionaires’ tax could be difficult to enforce.

“Government staffers tend to be outmatched by the most sophisticated, best-resourced taxpayers out there,” said Steve Rosenthal, a senior fellow at the Tax Policy Center, a Washington think tank.

“Eventually they run out of other people’s money and then they come for you,” said Musk, who early this week was worth about $230 billion, according to Refinitiv. “Who is best at capital allocation — government or entrepreneurs — is indeed what it comes down to.”

Not all billionaires are opposed to the plan. George Soros, the investor and liberal activist, is “supportive,” his spokesperson told Reuters on Monday.

The billionaires tax, which would take effect for the 2022 tax year, would affect roughly 700 taxpayers with over $1 billion in assets or $100 million in annual income for three consecutive years, according to a statement.

Aides said it would impose the 23.8% tax rate for long-term capital gains on tradable assets such as stocks that increase in value over the year, whether or not they have been sold. It would also allow taxpayers to take deductions for losses on assets.

The tax would also impose levies on billionaire ownership stakes in businesses incorporated as pass-through entities and in trusts including real estate investment trusts, according to a statement.