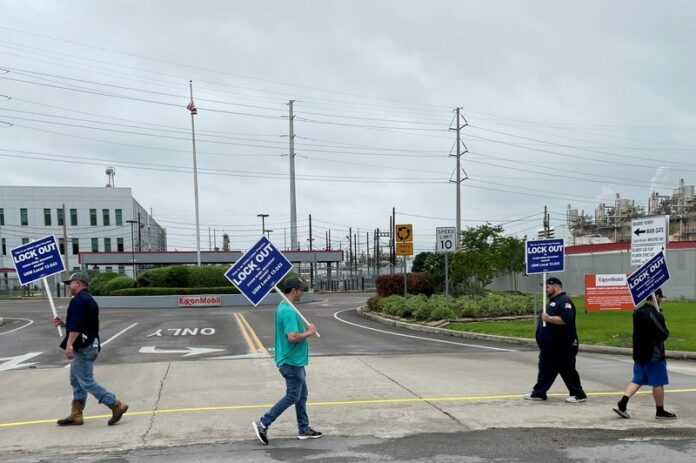 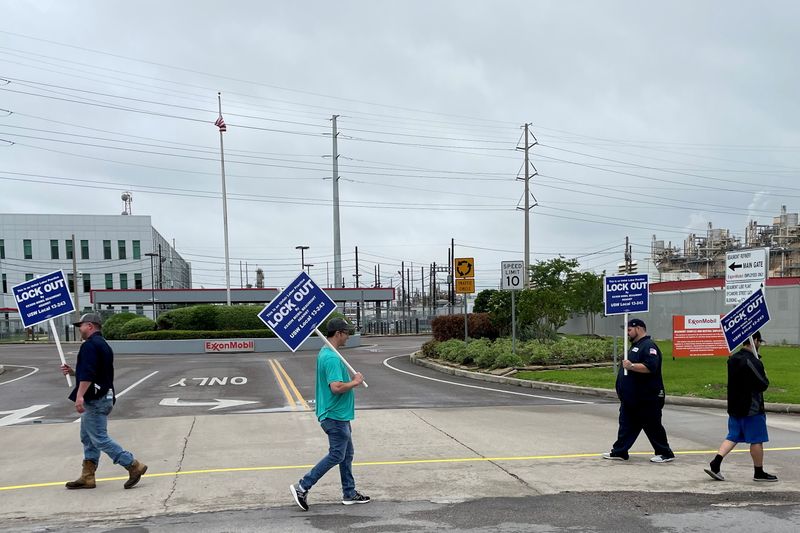 HOUSTON (Reuters) -Negotiators for the United Steelworkers union (USW) and Exxon Mobil Corp (NYSE:XOM) met on Tuesday for the first time since a vote by Beaumont, Texas, refinery workers to reject a company contract offer, the union said in a statement.

Exxon made no new contract offer on Tuesday, according to the statement issued by USW Local 13-243, which represents about 585 hourly workers locked out of the plant since May 1.

Bryan Gross, a USW International representative, declined to provide details of what the union proposed at the meeting. The two sides did not discuss any plans to meet again, he said.

“We made the new offer to the company which we hope they will evaluate and work with us to end the unfair labor practice lockout and reach a fair contract for everyone,” the USW statement said.

Exxon spokesperson Julie King said the union provided little detail about the rejection of the company’s contract proposal in a vote on Oct. 19.

“The union presented a proposal that was mostly a combination of previously rejected proposals discussed during our more than 50 past bargaining meetings,” King said.

A majority of 400 locked-out workers rejected the contract offer, which would eliminate job seniority for workers at the Beaumont refinery and adjoining lubricant oil plant.

Exxon has said it would leave its last offer on the table until next Monday and if not approved by then, would remove some provisions. It has said the proposed changes are essential to make the company competitive in periods of low margins.

The USW has said the loss of job seniority would reduce employees’ say over job assignments and possibly remove experienced workers from operating refinery units.

All 585 people represented by USW 13-243 are scheduled to vote between Nov. 12 and Dec. 22 on removing the union from the refinery.