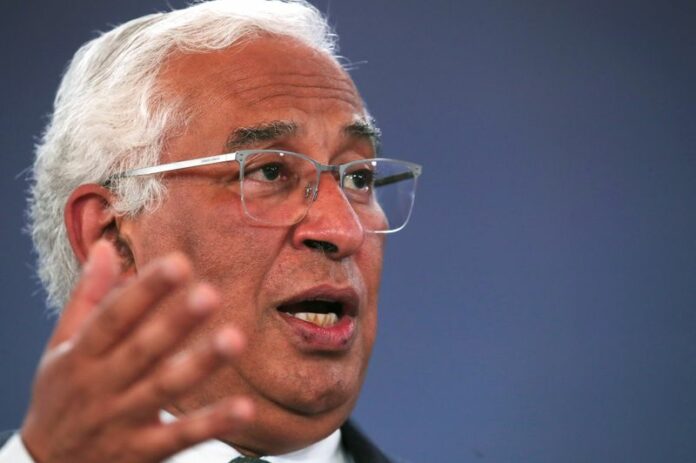 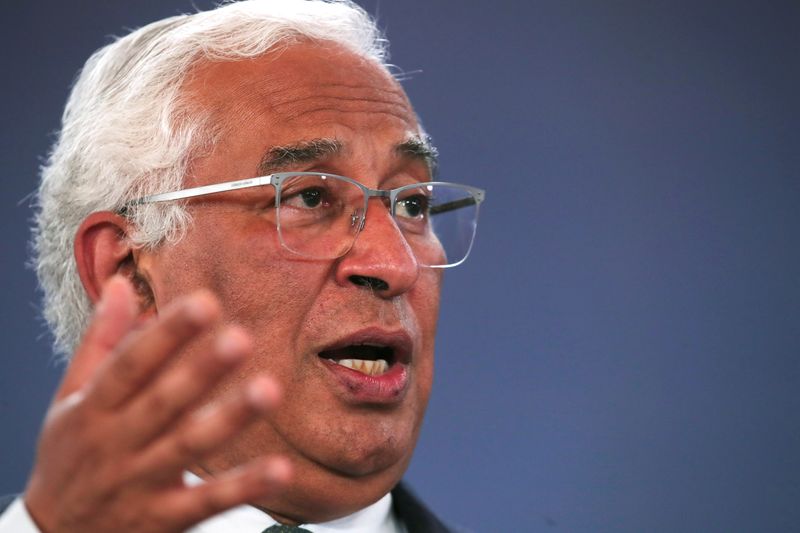 By Andrei Khalip and Sergio Goncalves

LISBON (Reuters) – Faced with a likely rejection of the 2022 budget by parliament and the prospect of a snap election in Portugal, Prime Minister Antonio Costa said on Tuesday he would not step down if his hopes of reaching a last-minute deal fall through.

His minority Socialist government’s hard-left former allies have said they would vote against the bill in its first reading on Wednesday, leaving it few chances of being approved, short of just three abstentions in the 230-seat parliament.

“This is not a moment to turn one’s back on difficulties, but to confront difficulties, so I am not quitting,” Costa told parliament.

President Marcelo Rebelo de Sousa warned on Monday that without a budget, which relies heavily on EU pandemic recovery funds, he will have no alternative but to dissolve parliament and call a snap election two years ahead of schedule.

The crisis in Portugal, which has one of the heaviest public debt burdens in Europe and was subject to painful austerity in 2011-14 under an international bailout, could end six years of relative stability under the Socialists.

Before the COVID-19 pandemic, Costa’s government had achieved a small budget surplus on the back of solid economic growth, winning praise from its EU partners.

“Let us respect the Portuguese who do not want a crisis,” Costa said. “We will do everything to have a deal, but not at any price,” he added, explaining that Portugal’s hard-earned international credibility had to be preserved.

The Communists and Left Bloc say the government is too focused on cutting the deficit. They are demanding more benefits and protections for workers, improvements in the social security system and more public investment in the health service.

After the president dissolves parliament, an election has to be called in the following 55 days. Rebelo de Sousa has indicated the ballot could occur in late January or early February. Costa would then stay on as head of a caretaker government until after the election.

In the absence of a new budget, the government can roll over this year’s growth-oriented spending plan, which included billions of euros to support companies and families through the pandemic.

Analysts say an election might not solve the governability impasse.

Opinion polls show support for the Socialists at about the same level as in the 2019 election, when they took 36% of the vote. The Communists and Left Bloc are in single digits and set to lose more seats.

The main opposition Social Democrats poll at about 27%, and are preparing for December’s internal leadership vote.