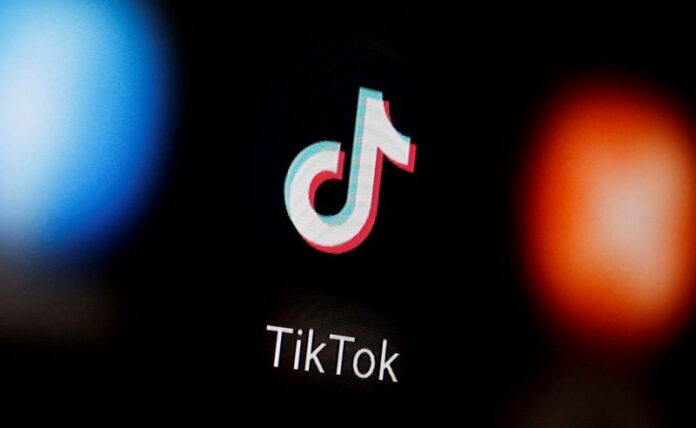 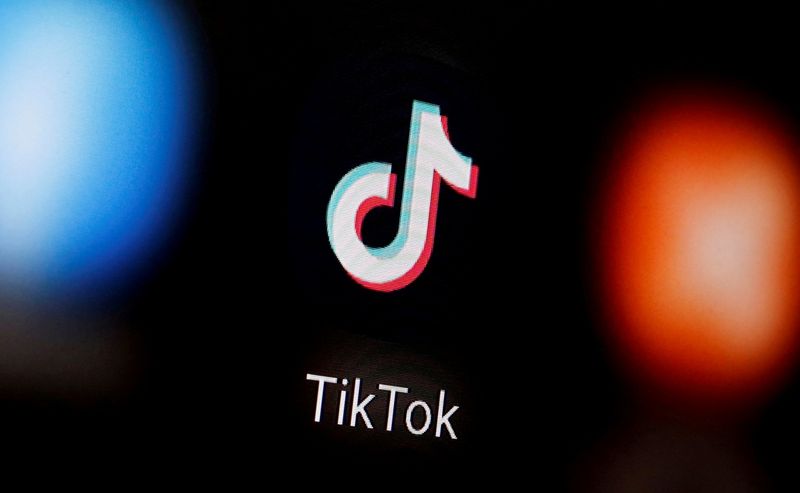 © Reuters. FILE PHOTO: A TikTok logo is displayed on a smartphone in this illustration taken January 6, 2020. REUTERS/Dado Ruvic

By Diane Bartz and Sheila Dang

WASHINGTON (Reuters) -An executive at TikTok faced tough questions on Tuesday during the video-sharing app’s first appearance at a U.S. congressional hearing, saying it does not give information to the Chinese government and has sought to safeguard U.S. data.

Senators at the hearing also voiced concerns that TikTok, owned by Beijing-based internet technology company ByteDance, and rivals YouTube, owned by Alphabet (NASDAQ:GOOGL) Inc , and Snapchat have algorithms that can be harmful to young people.

Michael Beckerman, TikTok’s head of public policy for the Americas, became the company’s first executive to appear before Congress, testifying to a subcommittee of the Senate Commerce Committee. Republicans in particular pressed Beckerman on worries regarding TikTok’s stewardship of data on the app’s users.

Senator Marsha Blackburn, the panel’s top Republican, said she is concerned about TikTok’s data collection, including audio and a user’s location, and the potential for the Chinese government to gain access to the information. Blackburn questioned Beckerman on whether TikTok could resist giving data to China’s government if material were to be demanded.

“We do not share information with the Chinese government,” Beckerman responded.

Under questioning by Republican Senator Ted Cruz, Beckerman said that TikTok has “no affiliation” with Beijing ByteDance Technology, a ByteDance entity at which the Chinese government took a stake and a board seat https://www.reuters.com/world/china/beijing-owns-stakes-bytedance-weibo-domestic-entities-records-show-2021-08-17 this year.

Beckerman also testified that TikTok’s U.S. user data is stored in the United States, with backups in Singapore.

“We have a world-renowned U.S. based security team that handles access,” Beckerman said.

Republican Senator John Thune said TikTok is perhaps more driven by content algorithms than even Facebook (NASDAQ:FB), as the app is famous for quickly learning what users find interesting and offering them those types of videos.

Beckerman said TikTok would be willing to provide the app’s algorithm moderation policies in order for the Senate panel to have it reviewed by independent experts.

Executives from YouTube and Snapchat also testified. In a show of bipartisanship, senators of both parties, including Democratic panel chairman Richard Blumenthal, accused the three companies of exposing young people to bullying and sometimes steering them to information that encouraged harmful behaviors such sexualized games or anorexia.

The executives responded that their companies have sought to create a fun experience and to exclude dangerous or unsavory content.

Republican former President Donald Trump had sought to bar TikTok – a popular platform used by millions of Americans to post short videos – from U.S. app stores, saying it collected data from American users that could be obtained by China’s government and posed a threat to U.S. national security.