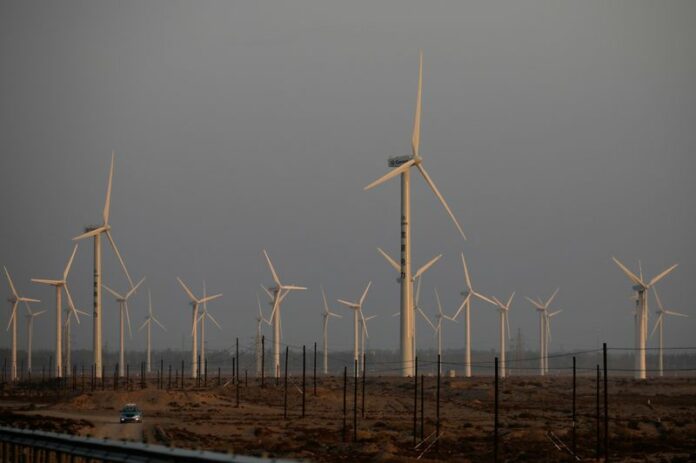 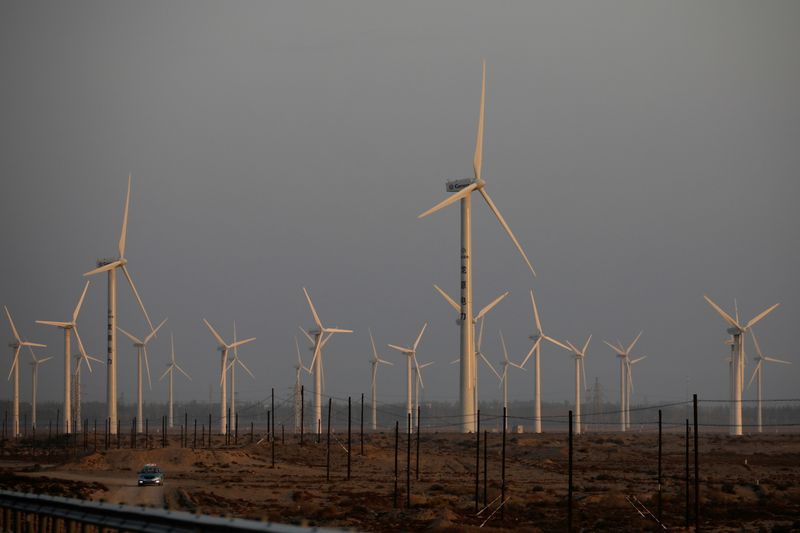 LONDON (Reuters) -Current commitments to cut greenhouse gas emissions put the planet on track for an average 2.7 degrees Celsius temperature rise this century, a United Nations report said on Tuesday, in another stark warning ahead of crunch climate talks https://www.reuters.com/business/cop.

Governments will be in the spotlight at the COP26 conference next week to meet a deadline of this year to commit to more ambitious cut pledges, in what could be the last chance to put the world on track to limiting warming to below 2C above pre-industrial levels and ideally to 1.5C (2.7 degrees Fahrenheit).

As extreme weather events from wildfires to floods have hit countries around the world, a U.N. report in August https://www.reuters.com/business/environment/un-sounds-clarion-call-over-irreversible-climate-impacts-by-humans-2021-08-09 warned that global warming due to greenhouse gas emissions could breach 1.5C in the next two decades.

British Prime Minister Boris Johnson said on Monday it was “touch and go” whether the most important round of U.N. talks since the Paris Agreement in 2015 will secure the agreements needed to tackle climate change.

And the U.N. World Meteorological Organization said ahead of the two-week event that begins in Glasgow, Scotland on Sunday that greenhouse gas concentrations hit a record last year and the world is “way off track” in capping rising temperatures.

The annual “emissions gap” report by the United Nations’ Environment Programme (UNEP), which measures the gap between anticipated emissions and those consistent with limiting the temperature rise this century as agreed in the Paris accord, said updated pledges only reduce forecast 2030 emissions by an additional 7.5%, compared to the previous commitments.

It said current commitments to net zero could limit warming to around 2.2C by the end of the century, but 2030 pledges so far do not put major emitters on a clear path to this.

As a group, G20 countries, which represent 80% of global emissions, are not on track to achieve their original or new 2030 pledges.

“If there is no meaningful reduction of emissions in the next decade, we will have lost forever the possibility to reach 1.5 degrees,” U.N. Secretary General Antonio Guterres told a press briefing.

“It is absolutely essential that all G20 countries present before Glasgow or in Glasgow (pledges) that are compatible with 1.5C,” he added.

THE CLOCK IS TICKING

Latest U.N. data shows 143 countries, accounting for around 57% of global emissions, have submitted new or updated emissions cut plans ahead of COP26 and their total emissions are estimated to be around 9% of 2010 levels by 2030 if implemented fully.

But if all pledges by 192 countries under the Paris Agreement are taken together, an increase of around 16% in global emissions is expected by 2030 compared to 2010, which would lead to warming of around 2.7C.

China and India, which are together responsible for around 30% of global emissions, have not yet made enhanced pledges.

Over the last 11 years, policies have been put in place which will lower annual emissions by 11 gigatonnes (Gt) of CO2 equivalent by 2030, compared to what would have happened without these policies, the report said.

However, fossil fuel https://www.reuters.com/business/energy/big-fossil-fuel-producers-plans-far-exceed-climate-targets-un-says-2021-10-20 production is not slowing at the rate needed, with major economies set to produce more than double the amount of coal, oil and gas in 2030 than is consistent with meeting climate goals.

“On current progress, we’ll close the 2030 emissions gap sometime in the 2080s,” Myles Allen, professor of geosystem science at the University of Oxford, who was not involved in the report, said.

By 2030, to reach the 1.5C limit, annual greenhouse gas emissions need to fall by an extra 28 Gt, or be halved from current levels of nearly 60 Gt, over and above what is promised in updated pledges and other 2030 commitments, UNEP said.

For the 2C limit, an additional 13 Gt cut in annual emissions is needed by 2030.

“We have eight years to make the plans, put in place the policies, implement them and ultimately deliver the cuts,” UNEP executive director Inger Andersen said.

“The clock is ticking loudly.”