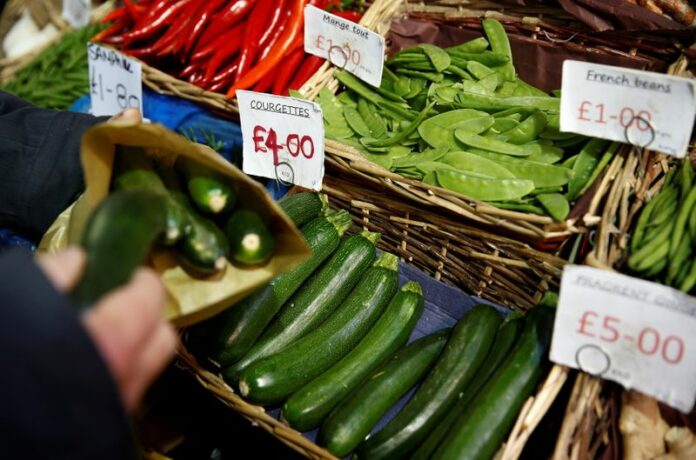 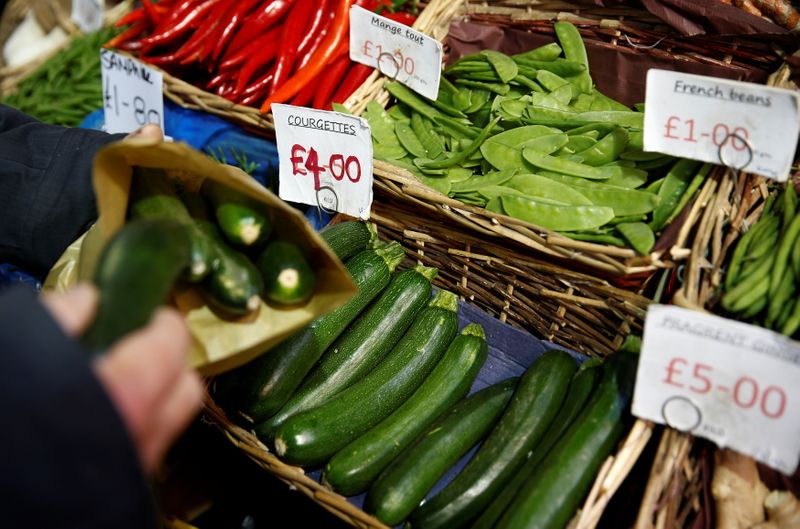 LONDON (Reuters) – The British public’s expectations for inflation over the next year jumped to the highest since 2008 this month, bank Citi said on Tuesday, something the Bank of England will note as it meets to decide whether to raise interest rates next week.

Expectations for inflation over the next 12 months rose to 4.4% in October from 4.1% in September, Citi said, based on its monthly survey with pollsters YouGov, conducted on Oct. 21 and Oct. 22.

But expectations for inflation in five to 10 years’ time dipped to 3.7% from 3.8% in September.

Inflation in many countries is on the rise as the global economy reopens from its coronavirus shutdowns.

The BoE’s chief economist, Huw Pill, said last week he thought consumer price inflation in Britain could go above 5%, more than double the BoE’s 2% target, before falling back.

Economists at Citi said the BoE looked at a broad range of indicators when assessing inflation expectation risks and Tuesday’s survey reading on its own was unlikely to increase the pressure for a near-term rate hike.

“However, it is also unlikely to trigger a major dovish re-assessment either – especially with financial market measures continuing to increase,” they said.

Investors are pricing in a rate hike by the BoE on Nov. 4 which would take Bank Rate to 0.25% from its current all-time low of 0.1%. Most economists polled by Reuters think the BoE will wait until early 2022 before moving. [ECILT/GB]