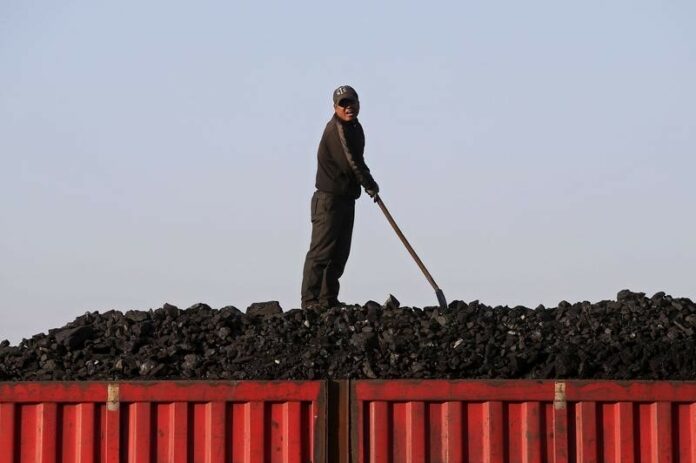 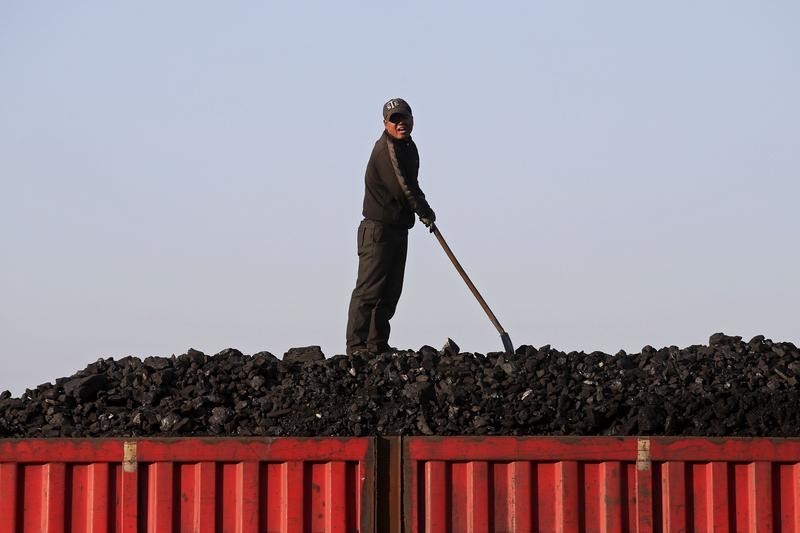 (Bloomberg) — Coal futures in China extended a plunge as the nation’s government considers new limits on prices to help ease an energy crisis, along with a call on miners to lift output.

The most-active thermal coal contract on the Zhengzhou Commodity Exchange fell as much as 9.7% Thursday to 1,033.8 yuan ($161.48) a ton, the lowest intraday price since mid-September. Coal futures have slumped more than 40% since hitting a record on Oct. 19.

China’s top economic planning body, the National Development and Reform Commission, plans to set the price of its most-popular 5,500-NAR grade coal at 440 yuan ($69) a ton at the pit-head, people familiar with the situation said Wednesday. There’ll be an absolute ceiling at 528 yuan, according to the people, who asked not to be identified as they aren’t authorized to speak publicly.

The policy comes as China also urges miners to deliver about an additional 100 million tons of coal in the final three months of the year to help meet winter demand. Authorities are working to boost supply of diesel and gas.

New proposals on pricing, which need approval by the State Council, China’s cabinet, are among a slew of measures the nation’s government is using to tackle an energy crunch that’s sparked widespread shortages and had left almost all coal-fired power plants in the country running at losses.