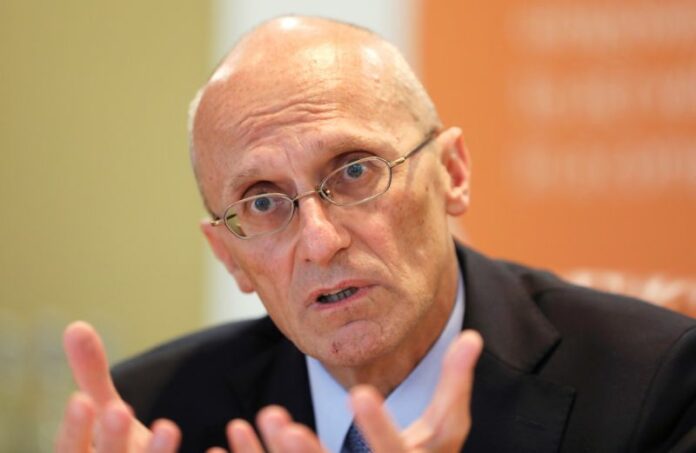 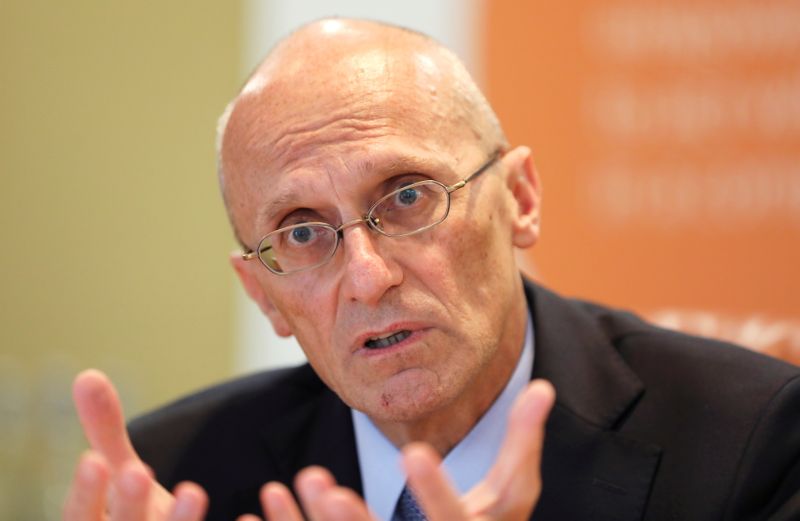 FRANKFURT (Reuters) – Euro zone banks are finally accepting that interest rates will stay low for a long time and have started transforming their businesses to cope with the new reality, European Central Bank supervisor Andrea Enria said on Tuesday.

“Before the pandemic, many banks were still waiting for the Godot of increasing interest rates that would have pushed up their margins and restored their profitability,” Enria told a Finnish supervisory conference.

“The pandemic increased the awareness in the banking sector that the interest rate environment will remain difficult for longer,” he added.

Mergers activity is at its highest rate since 2008 while lenders are also closing branches, reducing headcount and embracing digitalisation in new ways, Enria added.

“Banks have started buying and selling business lines, which is the best signal in my view so far of banks refocusing, rebalancing their business model,” Enria said.

Still, it my take years before this transformation starts to impact profitability and in the short term it could be a drag on costs as banks book up-front restructuring charges, Enria added.

He said banks also see a further drop in the amount of soured loans on their books but this projection may be overly optimistic given that firms are still suffering from the impact of the pandemic.

“All banks basically expect a continued decrease in gross NPLs (non-performing loans) until at least the end of 2022 and we are of course concerned that the expectation may be a bit optimistic,” Enria said.