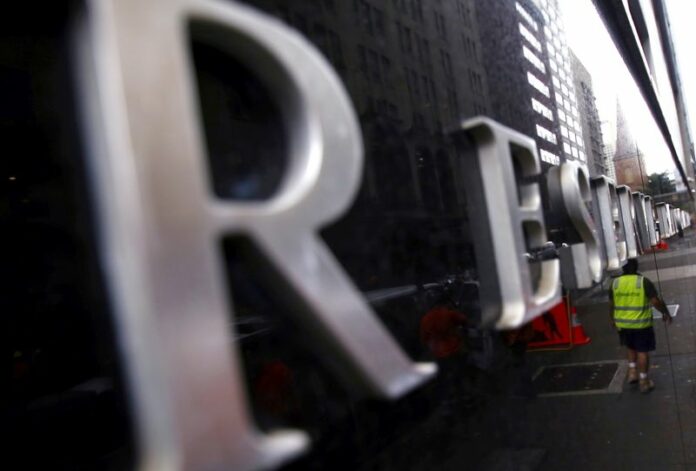 © Reuters. FILE PHOTO: A worker is reflected in a wall of the Reserve Bank of Australia (RBA) head office in central Sydney, Australia, March 1, 2016. REUTERS/David Gray

A look at the day ahead from Sujata Rao.

Another central bank has opened the door to earlier interest rate hikes than flagged. Australia officially ditched its 0.1% target for three-year debt and omitted projections for rates to stay unchanged until 2024 at least. Markets are keeping up pressure on the RBA, pricing rates to rise from next May.

The RBA sets the stage for the U.S. Fed, BoE and the Norges Bank later this week, with markets already pricing multiple rate hikes in the coming year given rising inflation.

What’s helping stocks stay aloft is of course the earnings season. CEOs may be bemoaning cost pressures, yet there’s no sign of margins being hit. U.S. Q3 earnings are expected to have climbed 39%, Refinitiv IBES says, versus the original Q3 prediction for 29% growth.

And then there’s M&A — $4.7 trillion in deals have been announced year-to-date, according to Refinitiv.

(For graphic on ISM – https://graphics.reuters.com/USA-STOCKS/jnvwewmdjvw/ISMPMI.png)