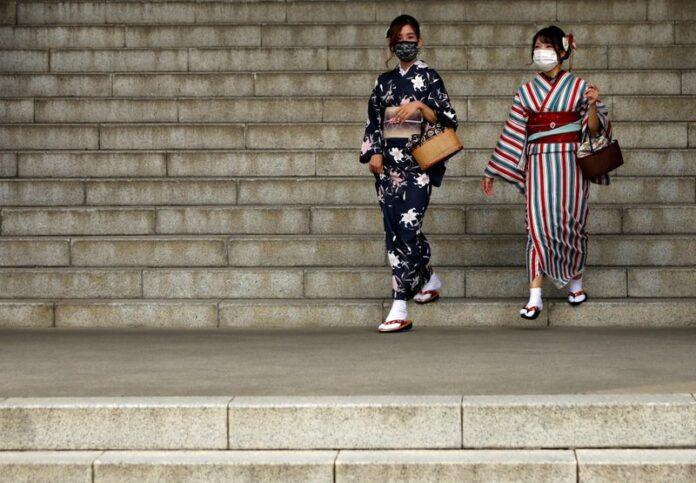 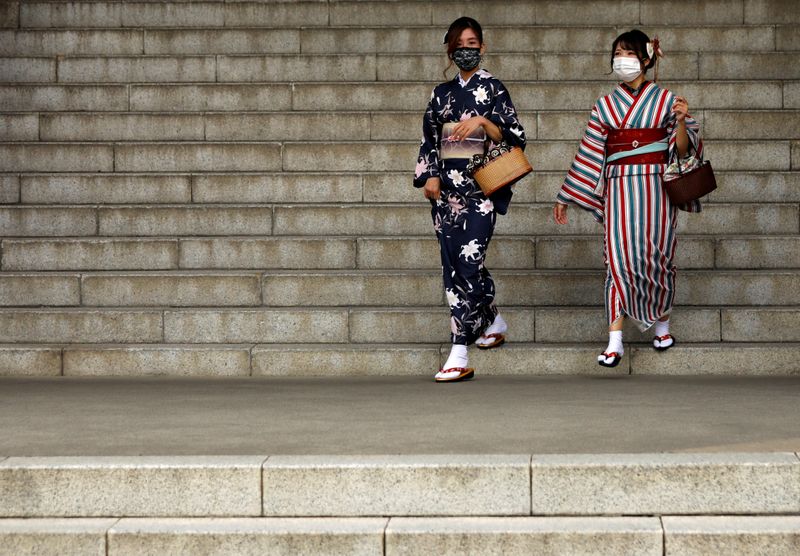 TOKYO (Reuters) – Japan confirmed on Tuesday plans to gradually ease COVID-19 border curbs, but fell short of demands by business lobbies to open up in line with major trading partners.

In relaxing its controls, Japan will take a phased approach, chief cabinet secretary Hirokazu Matsuno told reporters, responding to media reports that quarantine periods for business travellers would be cut to three days from 10.

The easing could start next Monday, while daily limits on the numbers of border entrants would be raised to 5,000 people later this month from 3,500, national broadcaster NHK said.

Domestic and foreign business groups have lobbied the government to ease border curbs to match other nations. The United States and European Union allow entry for travellers from most countries with proof of COVID-19 vaccination.

Overseas business groups welcomed the shorter quarantine, but said the easing did not go far enough.

A bigger problem is the remaining hold on long-term visas, said Michael Mroczek, president of the European Business Council in Japan.

“Not being able to bring essential personnel to Japan is currently the No. 1 issue for European industry,” he said.

Christopher LaFleur, an adviser to the American Chamber of Commerce in Japan (ACCJ), said relaxing was “necessary to jumpstart Japan’s economic recovery from the damage of the pandemic.”

He added, “The ACCJ recommends that Japan accept recognised vaccination and other health documentation issued overseas.”

Japan cut its quarantine period for vaccinated people to 10 days from 14 last month when it lifted its emergency measures in much of the country.

But as other nations adopted vaccine passport systems to smooth travel, Japan has stuck to its quarantine system. One chief executive had become a “quarantine monk”, he told Reuters last week, after three isolation stints after overseas trips.

The ruling Liberal Democratic Party may feel it has more leeway to reform border controls after Sunday’s election secured its grip on power, said Kenneth Mori McElwain, a professor of political science at the University of Tokyo.

“The LDP’s success in next summer’s upper house election will hinge in large part on how much the economy has recovered,” McElwain said.

“While international travel won’t make or break the economy, it’s an easy-to-observe metric that may shape public sentiment.”

COVID-19 cases have fallen dramatically as vaccinations have covered more than 70% of the population. New infections in Tokyo slid to 9 on Monday, versus more than 5,000 each day during the August wave driven by the infectious Delta variant.

Vaccine checks and testing around international trips should be enough to keep down infections now that the pandemic has ebbed, said Haruka Sakamoto, a physician and researcher at Keio University.

“People who have received two doses of vaccine should not be quarantined,” she said. “Strict border controls are causing a significant negative impact on Japan’s business and international students.”

Elsewhere in the Asia-Pacific, Australia and Thailand significantly eased their border curbs on Monday, for the first time in 18 months.