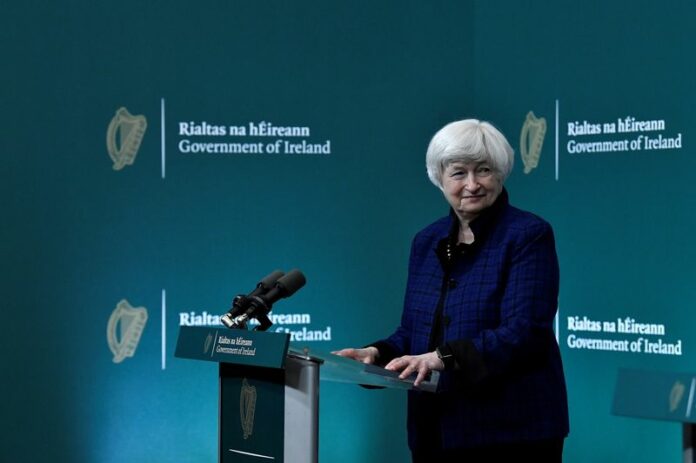 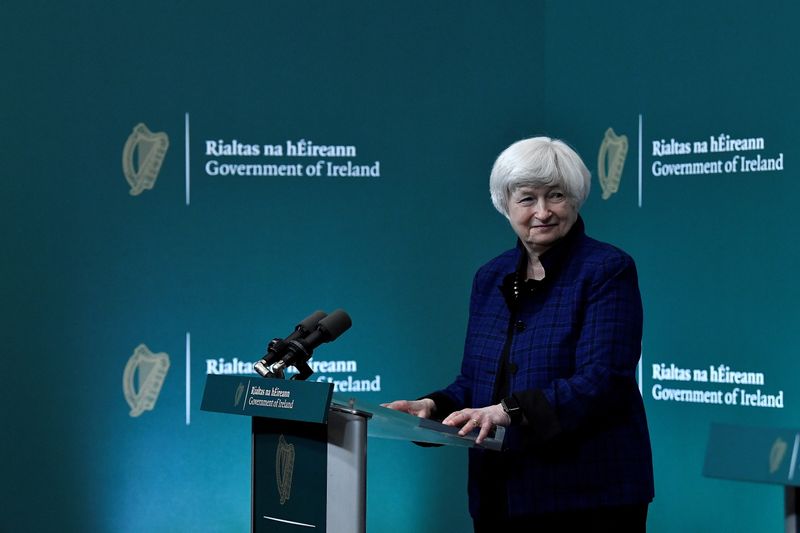 (Reuters) -U.S. Treasury Secretary Janet Yellen on Tuesday will push financial institutions to adopt a “greater sense of urgency” about investing in a net-zero economy in meetings with the head of Bank of America (NYSE:BAC) and other finance CEOs, Treasury officials said.

“The Secretary will both applaud commitments that have been made and encourage a greater sense of urgency,” Morton told reporters ahead of the meetings at the United Nations Conference on Climate (COP26).

He said mobilizing private sector capital was imperative to fund an estimated annual gap of $2 trillion to $3 trillion to achieve a global net-zero economy and augment billions pledged by governments.

Yellen is due to meet with other finance officials and business leaders at COP26 in Glasgow, Scotland, as part of a broader U.S. push to galvanize efforts by the world’s major economies to reach the Paris Agreement target.

Treasury said she would participate in a roundtable organized by Glasgow Financial Alliance for Net Zero (GFANZ) and Mark Carney, a former Bank of England governor now serving as the UN’s special envoy for climate finance.

A source familiar with the meeting said participants would include Mike Bloomberg, Larry Fink, CEO of BlackRock (NYSE:BLK), and John Doerr, chairman of Kleiner Perkins, among others.

Morton said Yellen would talk with the executives about what they see as the biggest hurdles to achieving net-zero targets.

The Financial Stability Oversight Council, which oversees U.S. regulatory agencies, last month identified climate change as an “emerging” risk to the U.S. financial system and urged regulators to make it a central concern.

Morton said the importance of the FSOC report “cannot be understated” because it would help galvanize more action.

“The fact that they have identified climate-related financial risks as an emerging and increasing threat to the stability of the US financial system is a clear indication of the seriousness with which they take this issue,” he said.