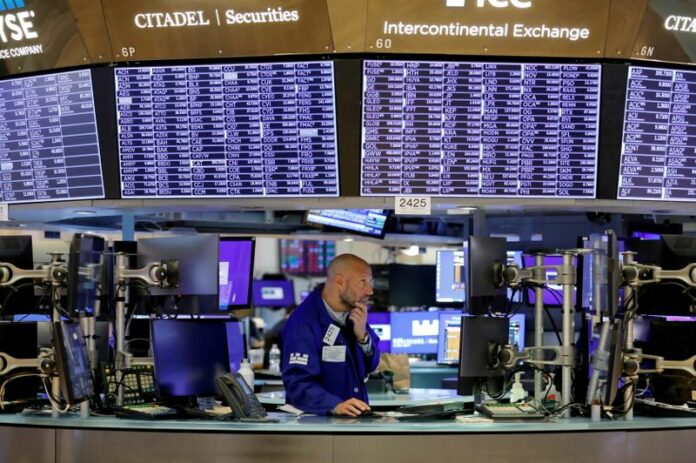 (Reuters) – Major Wall Street indexes posted solid gains and marked closing record highs as the Federal Reserve said it will begin trimming its monthly bond purchases in November with plans to end them in 2022, an announcement that investors had been expecting.

The S&P 500 and Nasdaq notched record all-time closes for their fifth straight sessions, while the Dow Jones Industrial Average posted a record close for the fourth session in a row.

The benchmark S&P 500 advanced into positive territory and ended solidly higher after the U.S. central bank announced plans to begin tapering its bond purchases. Investors had widely anticipated the decision as the Fed pulls back on its monetary support with the economy recovering from the coronavirus pandemic.

“The Fed did not rock the boat on this one,” said Ryan Detrick, chief market strategist at LPL Financial (NASDAQ:LPLA). “It was fairly well-telegraphed what the Fed might do and they did what most people expected.”

The central bank’s easy money policies have been a significant support for markets, with the S&P 500 more than doubling since its March 2020 low at the onset of the pandemic.

The Fed also held to its belief that high inflation would prove “transitory” and likely not require a fast rise in interest rates.

“I don’t think that there’s anything unique in the statement other than the fact they’re trying to buy themselves time by saying both the inflation and supply chain disruptions are temporary, and that’s the bottom line,” said Joseph LaVorgna, Americas chief economist at Natixis.

In a press conference after the Fed’s statement, Fed Chair Jerome Powell said it is possible the U.S. job market may have improved enough by the middle of next year to be considered at “maximum employment,” a key hurdle to clear for the central bank to consider increasing interest rates.

Better-than-expected third-quarter earnings also have helped lift sentiment for equities. With about 360 companies having reported, S&P 500 earnings are expected to have climbed 40.4% in the third quarter from a year earlier, according to Refinitiv IBES.

In company news, CVS Health (NYSE:CVS) shares rose 5.7% after the company said its adjusted profit target for 2022 should largely meet Wall Street estimates, as it expects volatile medical costs in its health insurance unit to stabilize.

Lyft (NASDAQ:LYFT) shares rose 8.2% after the ride-hailing company reported an adjusted profit for the third quarter.

Activision Blizzard Inc (NASDAQ:ATVI) shares tumbled 14.1% after the videogame publisher delayed the launch of two much-awaited titles. The stock was the biggest individual drag on the S&P 500.

Advancing issues outnumbered declining ones on the NYSE by a 2.01-to-1 ratio; on Nasdaq, a 2.11-to-1 ratio favored advancers.

About 11 billion shares changed hands in U.S. exchanges, above the 10.3 billion daily average over the last 20 sessions.