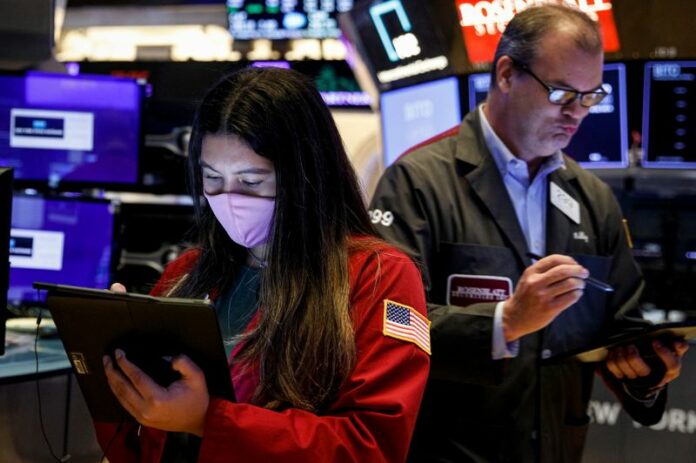 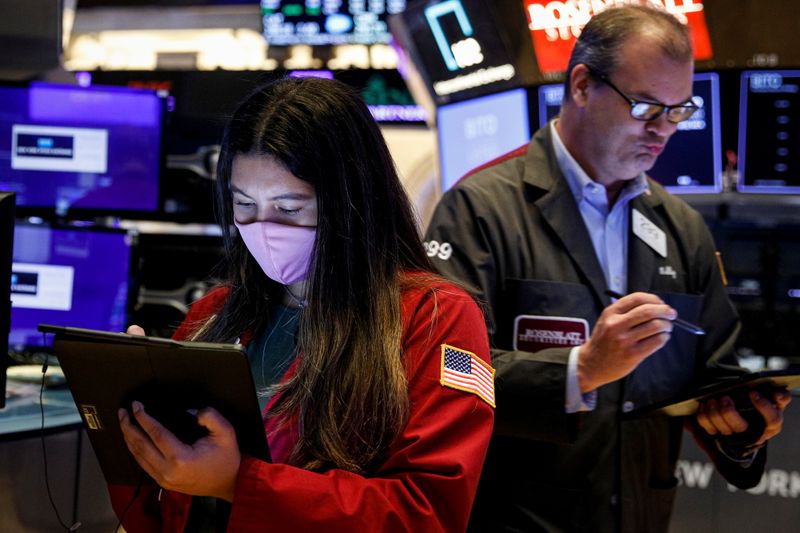 (Reuters) – Wall Street’s main indexes rose on Tuesday to record highs as a strong earnings season continued to lift sentiment for equities, while investors were looking ahead to the outcome of a critical Federal Reserve meeting.

The S&P 500 and Nasdaq notched record closing highs for a fourth straight session, while the Dow Jones Industrial Average posted its third straight record close and ended above 36,000 for the first time.

Pfizer (NYSE:PFE) shares rose 4.1% after the drugmaker said it expected 2021 sales of the COVID-19 vaccine it developed with German partner BioNTech to reach $36 billion.

Overall, third-quarter earnings have come in better-than-expected for U.S. companies as the economy continues to bounce back from the coronavirus pandemic. With some 320 companies having reported so far, S&P 500 earnings are expected to have climbed 40.2% in the third quarter from a year ago, according to Refinitiv IBES.

“From a fundamental perspective, there is a strong underpinning for the performance of the broad equity market complex,” said Bill Northey, senior investment director at U.S. Bank Wealth Management.

“The next several days and weeks will include significant developments on the policy front, and we are watching that very closely because as we transition out of the earnings reporting season many of the macro factors will start to take center stage again.”

The economically sensitive Dow Jones Transportation Average soared 6.9% to hit an all-time high, lifted by a 108% surge in shares of Avis Budget (NASDAQ:CAR) after the car-rental firm reported earnings.

The Fed on Wednesday is expected to approve plans to scale back its $120 billion monthly bond-buying program put in place to help the economy during the pandemic. Investors will also be focused on commentary about interest rates and how sustained the recent surge in inflation is.

“Most times, markets are happiest when they get predictability, when they get what they expect, and I think the expectation is that they are going to taper,” said Randy Frederick, vice president of trading and derivatives for Charles Schwab (NYSE:SCHW) in Austin, Texas.

In company news, shares of Under Armour Inc (NYSE:UAA) jumped 16.5% after the athletic apparel maker raised its annual forecasts.

Declining issues outnumbered advancing ones on the NYSE by a 1.09-to-1 ratio; on Nasdaq, a 1.02-to-1 ratio favored advancers.

About 10.2 billion shares changed hands in U.S. exchanges, compared with the 10.3 billion daily average over the last 20 sessions.