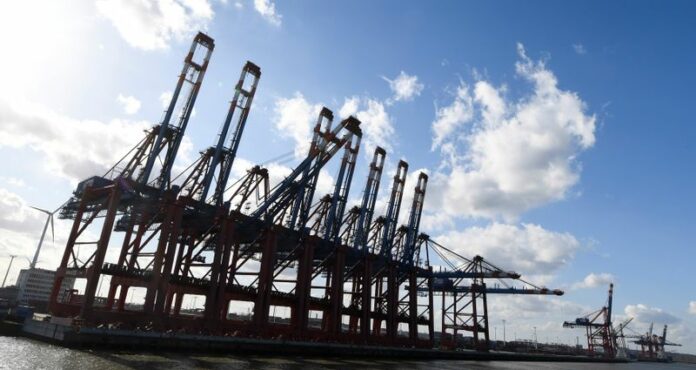 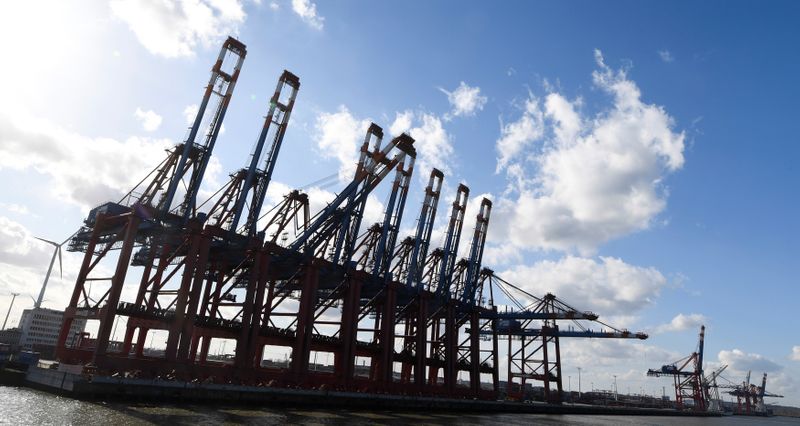 BERLIN (Reuters) – Europe’s third largest harbour, the German Port of Hamburg, reported a 2.9% hike in sea cargo in the first nine months of 2021 on Tuesday but warned that global transport chains would remain volatile for the rest of the year.

Global trade has been marred by logjams in container ports caused by disruptions from unexpected demand spurts, labour shortages and traffic snarl-ups amid the coronavirus pandemic.

The crisis has weighed particularly heavily on Germany, which is Europe’s largest economy and a keystone of international trade where one in four jobs depend on exports.

The port said rail container transport had hit a record and containerized general cargo was up 1.5% in the first three quarters of the year compared to the same period last year.

The slight upward trend looks set to continue into the fourth quarter, though worldwide transport is likely to remain volatile, the port said in a statement.

“Issues with disturbed supply chains will remain visible at the intersection between land and marine transport. Vessel clearance is still tight at the Hamburg terminals,” said Axel Mattern, chief executive at Port of Hamburg Marketing.