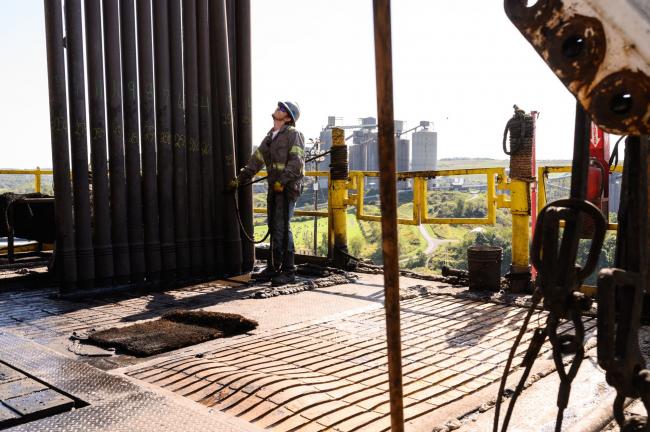 (Bloomberg) — The tightness in global oil markets that propelled prices to a seven-year high is starting to ease as production recovers in the U.S. and elsewhere, the International Energy Agency said.

Demand growth remains robust, but supply is catching up and changes in oil stockpiles seen in October suggest “the tide might be turning,” according to the IEA’s monthly report. If the forecast proves to be correct, it would provide a significant relief for harried consumers who are suffering the consequences of price inflation.

“The world oil market remains tight by all measures, but a reprieve from the price rally could be on the horizon,” the Paris-based IEA said in its monthly report. “Production in the U.S. is ramping up in tandem with stronger oil prices.”

Global oil output increased by 1.4 million barrels a day last month, and will add as much again over November and December as the Gulf of Mexico restores supplies halted by Hurricane Ida. American shale drillers are also taking advantage of higher prices to bolster drilling. Those extra barrels are coming onstream as the OPEC+ alliance continues to revive exports it halted during the pandemic, the agency said.

Crude futures surged above $86 a barrel in London last month on the combination of recovering post-pandemic consumption and a shortfall of natural gas supplies that spurred extra demand for oil. Prices have since retreated to just under $83 as the U.S. contemplates action to bring down fuel costs.

President Joe Biden has been considering a release from the Strategic Petroleum Reserve after the Organization of Petroleum Exporting Countries and its partners rebuffed his calls to restore production more quickly. The alliance, led by Saudi Arabia and Russia, has argued that it should stick to its gradual approach because demand remains fragile.

Even without the deployment of the SPR, America is leading the supply rebound.

The IEA bolstered forecasts for U.S. production in the fourth quarter by 300,000 barrels a day, and for next year by 200,000 a day. American output will climb by 1.1 million barrels a day in 2022, accounting for 60% of the growth outside the OPEC+ coalition.

Overall estimates for global supply and demand this year and next were left mostly unchanged.