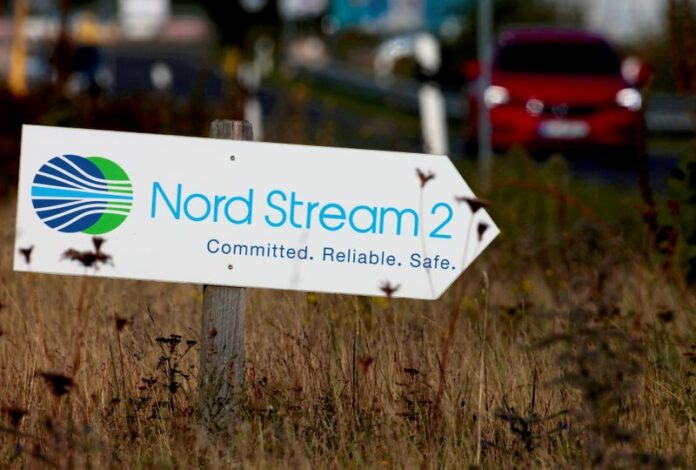 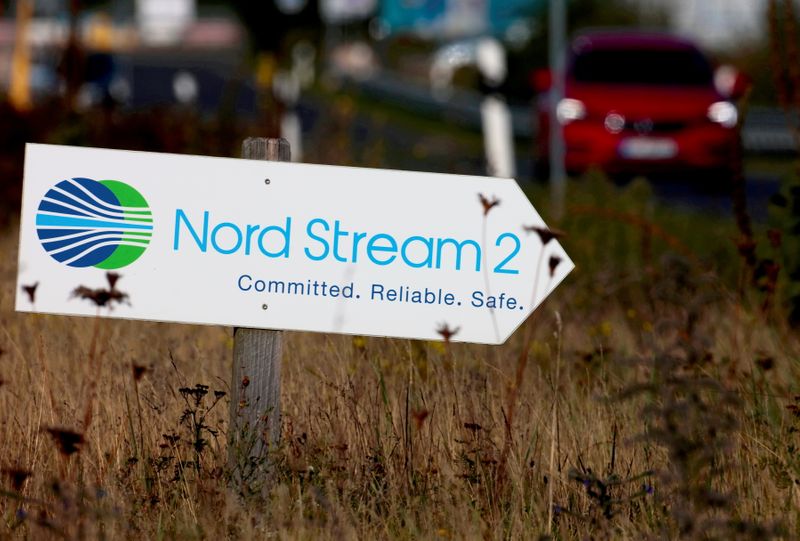 Here are some significant events in Nord Stream 2’s development (in chronological order):

May: Germany’s energy regulator declines to grant a waiver of EU gas directives to the operators, while an EU court also throws out a challenge to the rules.

Sept. 23: The world’s largest group of shipping insurers https://www.reuters.com/article/us-russia-usa-energy-insurance-idUSKCN26E1EM says it will not insure vessels involved in NS 2.

Dec. 28: NS 2 says it has completed the 2.6 km section in German waters https://www.reuters.com/business/energy/nord-stream-2-gas-pipeline-says-has-completed-section-german-waters-2020-12-28.

Jan. 21: The European parliament passes a resolution calling for a stop to NS 2 completion in response to the arrest of Navalny in Russia.

May 19: The U.S. State Department waives sanctions https://www.reuters.com/business/energy/us-waive-sanctions-firm-ceo-behind-russias-nord-stream-2-pipeline-source-2021-05-19 around participants of Nord Stream 2, saying it was in the U.S. national interest.

June 7: U.S. Secretary of State Antony Blinken says completion of Nord Stream 2 is a “fait accompli”, https://www.reuters.com/article/usa-diplomacy-nord-stream-2-idAFL2N2NP1P4 defending the U.S. decision to waive some sanctions and vowing a response if Moscow tries to use gas as a weapon.

June 10: Nord Stream 2 says the project will start preparations to fill the first of two pipelines with natural gas within a few months.

July 22: The United States and Germany announce an agreement https://www.reuters.com/article/usa-germany-nord-stream-2-idAFL1N2OX1W6 on NS 2 under which Berlin also pledged to respond to any attempt by Russia to use energy as a weapon against Ukraine and other Central and Eastern European countries.

Aug 20: The Biden administration https://www.reuters.com/world/us-issues-nord-stream-2-related-sanctions-russians-blinken-2021-08-20 imposes sanctions on a Russian ship and two companies involved in the pipeline.

Aug 25: Duesseldorf https://www.reuters.com/business/energy/german-court-dismisses-challenge-nord-stream-2-pipeline-consortium-2021-08-25 Higher Regional Court rules that Nord Stream 2 is not exempt from European Union rules that require the owners of pipelines to be different from the suppliers of the gas that flows in them to ensure fair competition.

Sept 10: Gazprom says it has completed the construction of the pipeline from Russia to Germany.

Sept 13: Germany’s energy regulator said it had four months to complete certification of the Nord Stream 2.

Oct 4: Nord Stream 2 has started filling one of its two pipelines with natural gas for tests, the pipeline operator said.

Oct 5: Nord Stream 2 said it has appealed a court decision that confirmed the pipeline will not be exempt from EU rules that require the owners of pipelines to be different from the gas suppliers.

Oct 6: An adviser https://www.reuters.com/business/energy/eu-court-adviser-says-nord-stream-2-can-challenge-eu-rules-2021-10-06 to the EU’s top court said Gazprom’s Swiss unit could challenge an EU gas rule that requires gas producers to be separate companies from those that control the pipeline.

Oct 18: NS 2 said the first of the project’s two lines had been filled with “technical gas”, in other words preliminary gas flows to prepare for full-scale operation.

Oct 21: President Vladimir Putin said Russia could start supplies of natural gas to Europe via the NS 2 pipeline as soon as it gets the green light from Germany.

Nov 15: Germany’s energy regulator said Ukrainian gas companies Naftogaz and GTSOU were given notice that they would be included in the ongoing German certification procedures.