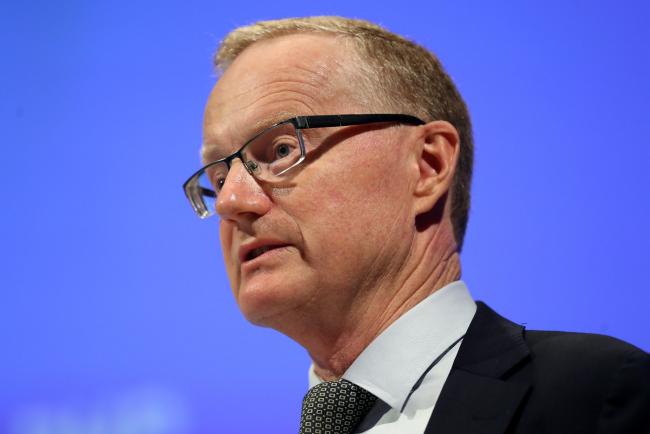 RBA’s Lowe Says Wages Not Only Determinant of Inflation, Policy

© Bloomberg. Philip Lowe, governor of the Reserve Bank of Australia (RBA), delivers his keynote address during the AFR Summit in Sydney, Australia, on Wednesday, March 10, 2021.Lowe pushed back against bond markets pricing in an earlier tightening of monetary policy, sending yields lower as he reiterated that interest rates are unlikely to rise until at least 2024.

(Bloomberg) — Australian wages will need to grow at “3 point something” to sustain inflation around the middle of the central bank’s 2-3% target, Governor Philip Lowe said, while adding that it will not be the sole determinant for price pressures and, in turn, policy.

“Rather, we are using wages growth as one of the guideposts in assessing progress towards our goal and whether inflation is sustainably in the target range,” Lowe said in the text of a speech Tuesday. “As we get closer to that goal, you could expect us to provide further guidance, including our projections for inflation.”

His comments come as markets challenge the Reserve Bank of Australia’s dovish stance that rates are likely to remain at a record low of 0.1% for about two more years. The RBA chief, like counterparts around the world, is grappling with whether a recent acceleration in prices is temporary or more enduring.

Data last month showed third-quarter core inflation jumped back inside the RBA’s target for the first time in six years. Wages data for the same period is due out Wednesday and will further shape views on the outlook for policy in Australia.

“We still have a way to go,” Lowe said, emphasizing that inflation is only just above the bottom of the target band. He pointed out that the trajectory for consumer-price growth is also important, with a slow drift up having different policy implications to a sharp rise.

The governor reiterated that it was “still plausible” the first increase in the cash rate will not be before 2024. That view is in stark contrast to market expectations, where overnight interest swaps imply at least three rate hikes next year and the chance of a fourth.

Lowe did lay out a scenario where the inflation shock is more persistent and the labor market tightens at a faster pace, building the case for a rate increase before 2024. But once again he pushed back against bets for hikes next year.

“The latest data and forecasts do not warrant an increase in the cash rate in 2022,” Lowe said. “The economy and inflation would have to turn out very differently from our central scenario for the board to consider an increase in interest rates next year.”