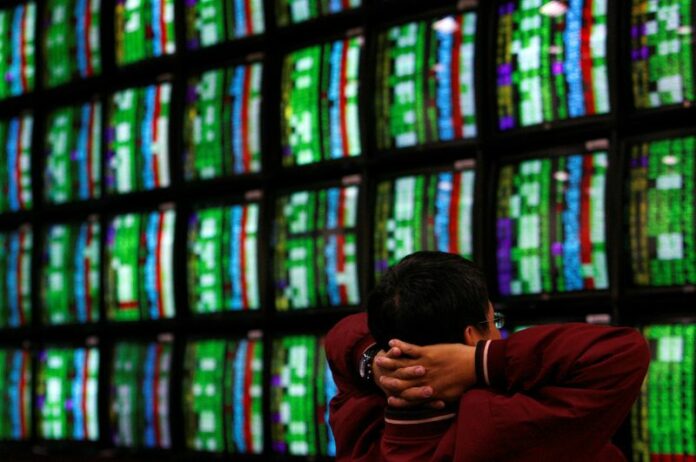 By Tom Wilson and Alun John

The dollar scaled a 4-1/2 year high against the Japanese yen in the wake of U.S. data on Tuesday showing stronger-than-expected retail sales last month.

With inflation running high, the data boosted expectations of a rate hike as early as mid-2022. Investors also said the data could encourage the Fed to accelerate the tapering of its asset purchase programme.

“Ultimately we’re in a place where it looks like growth is still pretty strong,” said Mike Bell, global market strategist at J.P. Morgan Asset Management. “The Fed is going to taper before they put rates up, and I think that’s supporting dollar.”

The dollar index – which measures the currency against six rivals – climbed to 96.26, its highest since last July. Its strength weighed on U.S. Treasuries, with benchmark 10-year note yields reaching a three-week high of 1.649% in Asian trading hours.

The broad Euro STOXX 600 edged up 0.1%, for a sixth day of gains, with German and French shares both advancing around 0.2%.

Yet British shares fell 0.2%, pushed down by the pound hitting its strongest in 21 months against the euro after inflation soared to a 10-year high, bolstering bets for a Bank of England rate hike.

Against the U.S. dollar, sterling gained 0.3% to $1.3480, its highest level since Nov. 10. Analysts said the BoE would likely raise rates, after surprising investors by keeping policy steady last month.

“Any reversal in expectations is likely not imminent after the inflation data just released,” MUFG analysts wrote. “Some well-telegraphed factors helped drive inflation higher… We don’t think the data changes the dial much in terms of the BoE response.”

Earlier, MSCI’s broadest index of Asia-Pacific shares outside Japan skidded 0.3% from Tuesday’s near three-week closing high, and was set for its biggest fall this month, snapping seven days of gains.

Causing jitters were worries over COVID-19, with South Korea’s KOSPI slipping 1.2% after the country reported its the second-highest daily new coronavirus infections since the pandemic began.

Still, U.S. President Joe Biden and Chinese leader Xi Jinping turned down some of the heat in Sino-U.S. tensions in talks on Tuesday, though both sides held to entrenched positions on a range of issues.

The positive tone offered a slight but brief boost to Asian shares on Tuesday.

The Biden-Xi summit “had the potential to do damage but seems not to have done so,” said Rob Carnell, head of research for Asia Pacific at ING.