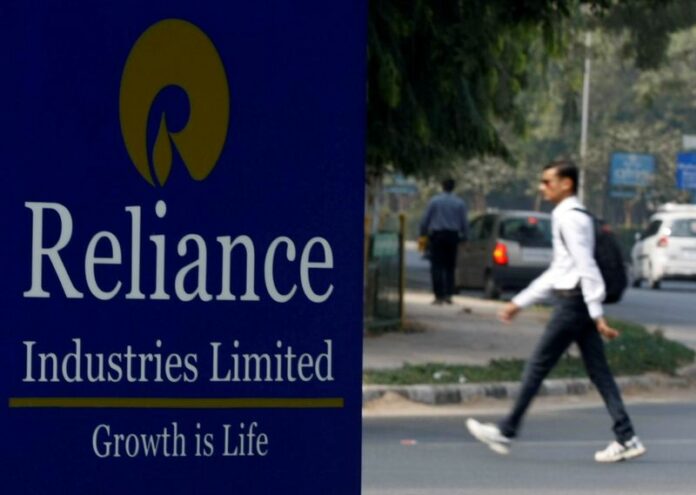 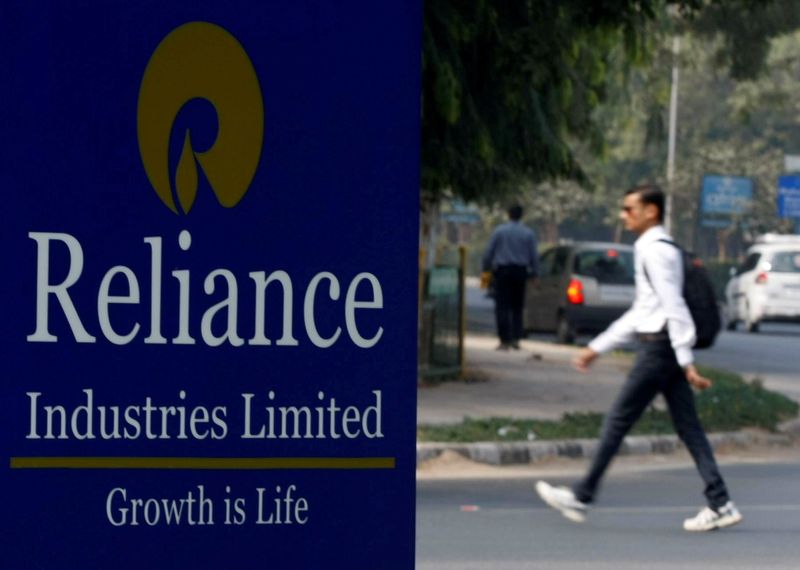 © Reuters. FILE PHOTO: A man walks past a Reliance Industries Limited sign board installed on a road divider in the western Indian city of Gandhinagar January 17, 2014. REUTERS/Amit Dave/File Photo

By Nidhi Verma and Saeed Azhar

NEW DELHI/DUBAI (Reuters) – Reliance Industries and Saudi Aramco (SE:2222) have called off a deal for the state oil giant to buy a stake in the oil-to-chemicals business of the Indian conglomerate due to valuation concerns, sources with knowledge of the matter said.

Talks broke down over how much Reliance’s oil-to-chemicals (O2C) business should be valued as the world seeks to move away from fossil fuels and reduce emissions, they said.

Instead, Reliance will now focus on signing multiple deals with companies to produce specialty chemicals for higher margins, one of the sources said.

Aramco, the world’s top oil exporter, signed a non-binding agreement to buy a 20% stake in Reliance’s O2C business for $15 billion in 2019. Last week, the companies announced they would re-evaluate the deal https://www.reuters.com/business/energy/reliance-aramco-re-evaluate-stake-sale-oil-to-chemicals-arm-2021-11-19, ending two years of negotiations.

The collapse of the deal reflects the changing global energy landscape as oil and gas companies shift away from fossil fuel to renewables. Valuations of refining and petrochemical assets have gone down especially after the recent COP26 climate talks in Glasgow, a second source involved in the deal discussions said.

Despite this, Reliance had stuck to the $75 billion valuation for the O2C business made in 2019, he said.

“Evaluation by consultants showed a significant cut in valuation…more than a 10% cut,” he added.

“Reliance has highlighted the difficulty of separating Jamnagar from the clean energy business as a reason to not complete the transaction, although we suspect business alignment and valuation were also key reasons,” Bernstein wrote in a recent note, referring to Reliance’s huge refining complex in Gujarat state.

A second source familiar with due diligence said the procedure was halted in “early stage assessment”. Reliance was seeking advice from Goldman Sachs (NYSE:GS) and Aramco was seeking help from Citigroup (NYSE:C), sources said. The banks declined to comment.

Jefferies (NYSE:JEF) has cut its valuation of Reliance’s energy business to $70 billion from $80 billion, while Kotak Institutional Equities has cut the enterprise value of O2C business to $61 billion. Bernstein values that business at $69 billion.

Without confirming whether the deal has been called off, Saudi Aramco said it has a longstanding relationship with Reliance and will continue to look for investment opportunities in India.

Reliance, which aims to become net carbon zero by 2035, plans to switch to cleaner feedstock and energy at its O2C business and expand in solar power, batteries, electrolyzers to produce hydrogen and hydrogen fuel cells.

“The full value of this integration is also best extracted by repurposing existing O2C assets as well as evaluating multiple joint venture and partnerships in downstream ventures in specialty chemicals,” a source familiar with the matter said.

Demand for specialty chemicals – used in industries such as agrochemical, colourants, dyes, fast-moving consumer goods, pharmaceuticals, fuel additives, polymers, and textiles – is set to rise in India as its economy expands. These chemicals also yield better margins for companies than conventional fuels as demand for gasoline and diesel are expected to fall with more electric vehicles and renewable energy.

The Indian specialty chemicals sector is expected to increase from $32 billion in 2019 to an estimated $64 billion by 2025 helping boost exports as globally companies wants to de-risk their supply chains dependent on China, according to a government report.

Saudi Aramco has also turned its focus to hydrogen and renewables as it moves to net-zero by 2050.