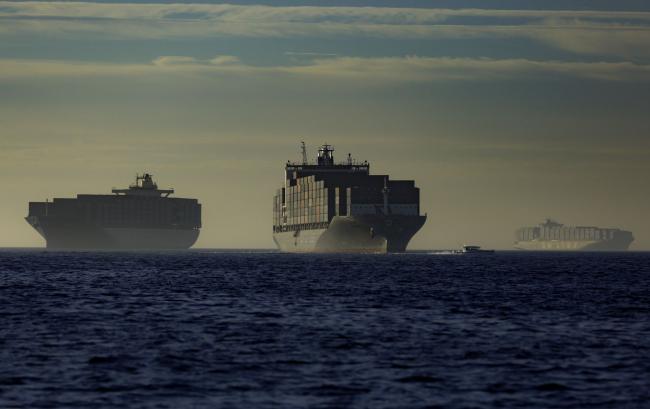 (Bloomberg) — The journey of Tonka’s Mighty Dump Truck toy from its Asian factory to U.S. stores offers a window into what it takes for a small toymaker to survive 2021.

What used to cost $2 to transport the classic toy by boat from China to Los Angeles is now up to $12, representing half the sticker price. That’s eating into profits for its manufacturer, Basic Fun, a Florida-based midsize firm that’s been preparing for battle this holiday season.

“We’re not getting a break at a single step,” Chief Executive Officer Jay Foreman said in an interview. “We have to monitor every single stage of the supply chain.”

The final months of the year are crucial for toymakers of all sizes, but smaller companies are staring down an existential crisis in navigating the world’s worst traffic jam.

Basic Fun — also known for Lincoln Logs and K’Nex building sets as well as Care Bears —  created two “war rooms” in Hong Kong and Boca Raton, Florida, where 18 employees are working in shifts around the clock. The teams are coordinating every step of the once humdrum logistics process, from picking up orders at a factory in China to ensuring they make it out of warehouses in Los Angeles and New Jersey to retailers’ shelves.

This year, each hub is moving with extra urgency to secure spots on containers and ships that make the journey across the Pacific over the course of 15 to 20 days. The teams haven’t received all their shipments into the U.S. yet and are still pulling containers out of the yard to fill orders.

It’s a daunting task in normal times, but especially heightened this year as the $37 billion industry — as measured by market research firm NPD Group — experiences some of the greatest demand for toys in modern history. In September, the dollar amount of toys, games and sporting-goods imports to the U.S. was only eclipsed by shipments of pharmaceuticals and cellphones in the consumer goods category. Playtime heavyweights Hasbro Inc (NASDAQ:HAS). and Mattel Inc (NASDAQ:MAT). say they’ll be able to keep up, thanks in part to their ability to expand shipping capacity and secure access to additional ports.

Foreman doesn’t have those strings to pull. Control of about 80% of the global shipping market and 95% of the transpacific routes is concentrated in the hands of nine companies based mainly in Asia and Europe, according to S&P Global (NYSE:SPGI) Platts, and they exert near-total control over the prices. It currently costs $10,000 to $15,000 in the spot market to ship a 40-foot container from China to the West Coast, more than five times the pre-pandemic rate.

“It’s sort of like when it rains in New York City and you’re trying to get a cab or an Uber (NYSE:UBER). The rates go up and it’s harder to get them,” Foreman said. “But if you’re Goldman Sachs (NYSE:GS), and you have an account with a black car company, you can call them and they’ll be there.”

Congestion at U.S. ports isn’t easing up, forcing some like Connie Gee, a logistics specialist for San Francisco-based University Games, to change tactics. She’s pivoted shipments from Los Angeles to Prince Rupert and Vancouver in Canada because these ports are less likely to experience delays, even though it takes as much as five days longer to get the toys to the company’s distribution center in Memphis, Tennessee. And since University Games is struggling to find workers in the tight U.S. labor market, the company’s president, Bob Moog, flew his entire sales team out there in mid-November to label packages by hand.

The manufacturing sector has been struggling in China, where 83% of toys globally are made, according to Richard Gottlieb, founder and chief executive officer of the consultancy firm Global Toy Experts. Local conditions are worsening amid higher price components, according to the industry’s latest reading. Labor shortages aren’t helping either, and inventory levels and delivery times continue to deteriorate.

“Christmas is not going to move to January,” said Joel Berger, executive vice president of Tara Toy Corp. in Long Island, New York. “It’s sort of like a cliff. You’ve got to get this done before you fall off.”

But this holiday season might be different. Basic Fun’s Foreman said he anticipates a “huge” January as customers cash in on gift cards and try to snag whatever they couldn’t get by the 25th. His staff will be working 24/7 through the end of the year to get everything shipped or received before 2022.

“The difference between having a good year and a great year is still to be determined,” Foreman said. “And for us — and I believe for a lot of manufacturers — that’s based on what we’re going to be able to get off the boats and delivered.”