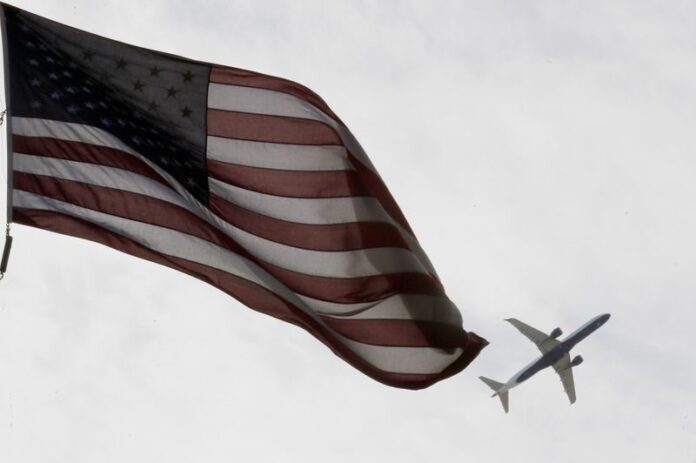 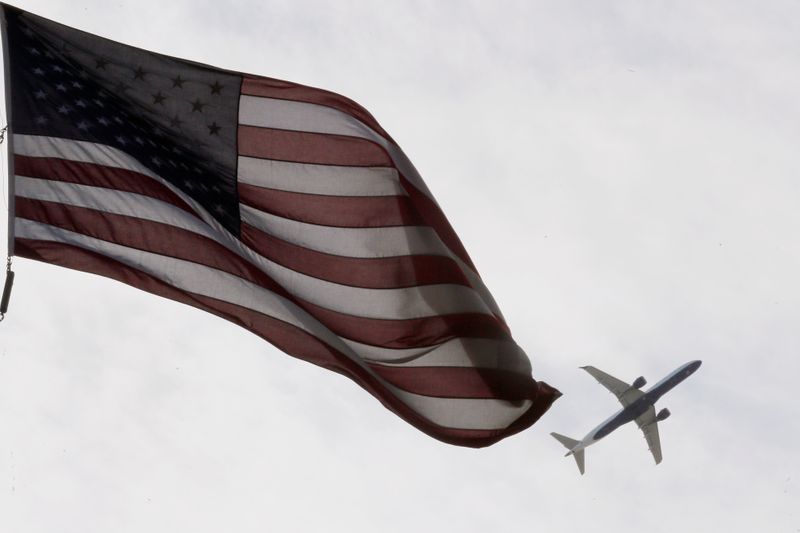 © Reuters. A Delta Airlines flight takes off past a U.S. flag in Boston, Massachusetts, U.S., May 27, 2021. REUTERS/Brian Snyder

(Reuters) – Delta Air Lines (NYSE:DAL) said a flight from South Africa to the United States was temporarily diverted from Atlanta to Boston on Sunday for technical reasons.

The diversion “has to do with technical specifications of our A350 aircraft and the payload of this particular flight,” the company said in an email.

“This can happen on ultra-long-haul flights when optimal operating conditions can’t be met,” it said.

The company did not cite the newly discovered Omicron variant of the coronavirus, which has been detected in South Africa, as a reason for the temporary diversion.

More than a dozen passengers on a flight from Johannesburg to Schipol that landed Friday tested positive https://www.reuters.com/world/europe/dutch-set-announce-findings-omicron-cases-among-safrica-travellers-2021-11-28 for the new variant, Dutch authorities said on Sunday.

Explainer-The Fed is planning to cut its balance sheet. Here’s what...

Australia central bank to scrap QE on Feb. 1, wait with...