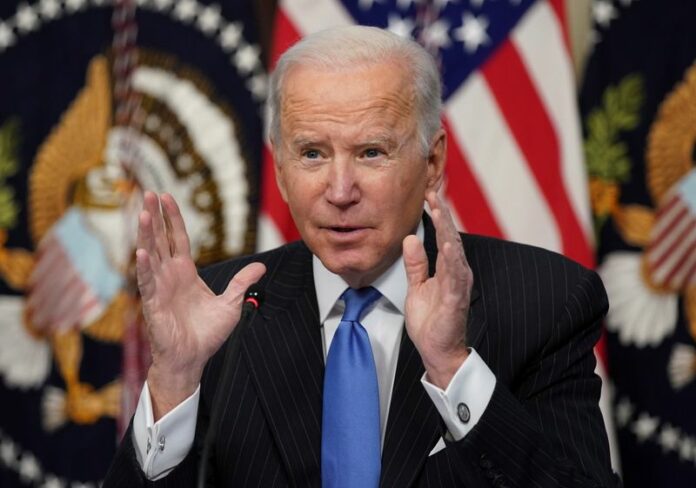 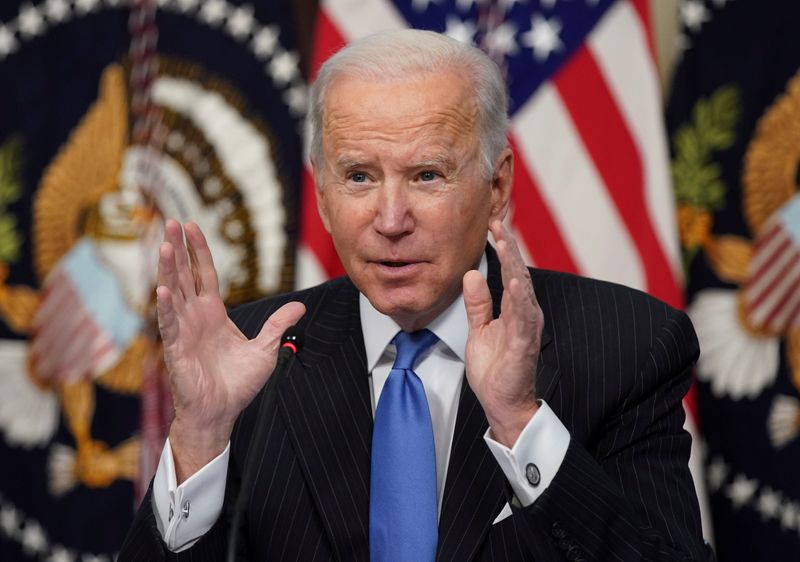 © Reuters. FILE PHOTO: U.S. President Joe Biden speaks as he holds a meeting with CEOs of companies in a variety of sectors to discuss the holiday shopping season, at the White House in Washington, U.S., November 29, 2021. REUTERS/Kevin Lamarque

WASHINGTON (Reuters) – U.S. President Joe Biden, racing to stay ahead of a new COVID-19 variant and rising inflation, travels to Minnesota on Tuesday to highlight the benefits of his $1-trillion infrastructure law and push for passage of a separate $1.75-trillion spending measure.

Biden will visit Dakota County Technical College in Rosemount, a suburb near Minneapolis and St. Paul, which has programs to train workers to build, operate, and maintain infrastructure supported by the infrastructure law.

He will focus on how the law will “deliver concrete results for communities, create good-paying union jobs, and position America to compete and win the 21st century,” press secretary Jen Psaki told reporters on Monday.

She said Dakota County Tech, which serves 2,900 credit students and 10,000 non-credit students, offered an example of institutions nationwide that will train the next generation of workers and rebuild America’s infrastructure.

The infrastructure law, coupled with $24 billion in investments in the $1.75-trillion “Build Back Better” spending measure, will prepare millions of workers for high-quality jobs in growing economic sectors, the White House said.

Biden had pushed to include two years of free community college in the massive spending package, but that funding was cut in a compromise with moderate Democrats concerned about the bill’s steep price tag.

It still includes $5 billion for community colleges to expand workforce training programs in partnership with employers, unions, public systems and community bodies, with $5 billion for large-scale training for jobs in high-demand sectors such as clean energy, manufacturing, education and caregiving.

Under the infrastructure law, Minnesota will receive $4.5 billion in federal aid to rebuild highways, about $302 million for bridges, and $818 million to improve public infrastructure, the White House said.

It will also fund expansion of a network to charge electric vehicles and measures to give state residents access to high-speed internet.