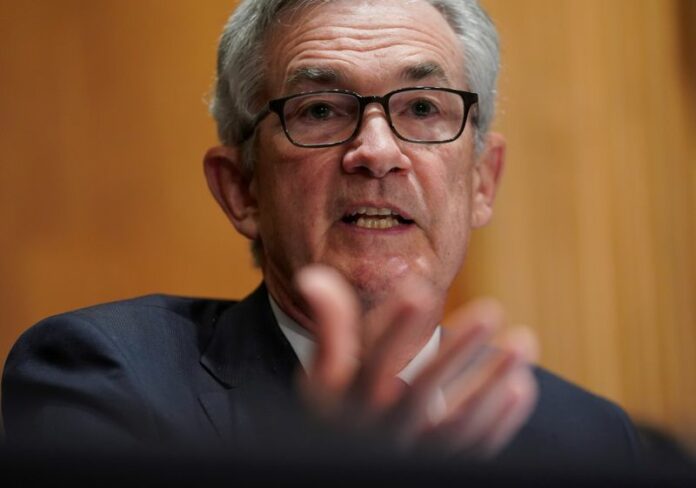 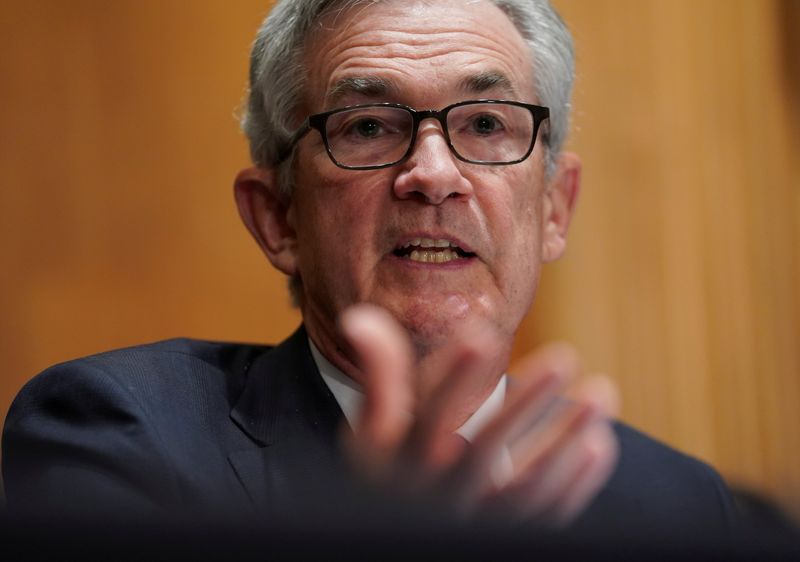 (Reuters) -U.S. lawmakers on Tuesday are expected to grill the heads of the Federal Reserve and Treasury Department over stubbornly high inflation and the possible impact of the new Omicron COVID-19 variant on what both officials view as a strong economy.

Fed Chair Jerome Powell and Treasury Secretary Janet Yellen are due to testify before the U.S. Senate Banking Committee at 10 a.m. EST (1500 GMT) to discuss the economic recovery from the COVID-19 pandemic. They will also appear before the House of Representatives Financial Services Committee on Wednesday.

Both released their prepared testimony late Monday, with Powell projecting 5% growth this year but noting the new variant poses downside risks to economic activity and jobs and raises uncertainty around inflation.

Yellen warned lawmakers that failure to deal with the debt limit would “eviscerate” the recovery.

With inflation at a 31-year high and the Fed’s preferred measure of price pressures more than double its 2% goal, the U.S. central bank’s promise to keep its benchmark overnight interest rate near zero until the labor market is fully healed is under threat.

U.S. unemployment currently stands at 4.6% and businesses have nearly 5 million fewer people on their collective payrolls than they did pre-pandemic.

The Fed this month began to reduce its support for the economy, and is currently on pace to fully taper its $120 billion in monthly purchases of Treasuries and mortgage-backed securities by next June. The program was introduced in early 2020 to help nurse the economy through the pandemic.

With costs of everyday items like food, gas and rent rising quickly, Fed officials have indicated they could speed up the pace of the taper to give more scope for an earlier interest rate lift-off next year if required, according to the minutes https://www.reuters.com/markets/us/with-feds-powell-renominated-focus-turns-speed-bond-buying-taper-2021-11-24 of the central bank’s last policy meeting published last week. The topic is on the agenda for the Fed’s Dec. 14-15 policy meeting.

That and other recent comments from officials have prompted analysts to place rising bets that the Fed could now raise rates as early as mid-2022.

Goldman Sachs (NYSE:GS), in a note to clients, said there was “a significant risk” the timeline for the tapering of the central bank’s asset purchases would be accelerated.

In his prepared remarks Powell did not mention taper at all, but his comments on the variant suggest he is worried both about the economy slowing and the potential for further inflation pressure, a difficult situation that would tug Fed policy in opposite directions.

“The new COVID variant could complicate any plans to accelerate the taper at the December meeting, which is the direction momentum was heading ahead of the variant discovery,” said Sam Bullard, senior economist at Wells Fargo (NYSE:WFC).

Health officials are racing to determine how transmissible and deadly the new variant is and to what extent current vaccines remain protective. The United States has imposed a travel ban on some southern African nations where the strain is prevalent.

The now-dominant Delta variant of COVID-19 dented the U.S. economy over the summer, slowing employment gains amid workers’ fears of contracting the virus and exacerbating supply chain snags that have driven up inflation.

“It is difficult to predict the persistence and effects of supply constraints, but it now appears that factors pushing inflation upward will linger well into next year,” Powell said in his prepared remarks.

Concern about the recent rise in COVID-19 cases and the emergence of the new Omicron variant, he said, “could reduce people’s willingness to work in person, which would slow progress in the labor market and intensify supply-chain disruptions.”

TREND: Natural rubber prices off 8-year high, may not find floor yet

TREND: Natural rubber prices off 8-year high, may not find floor yet