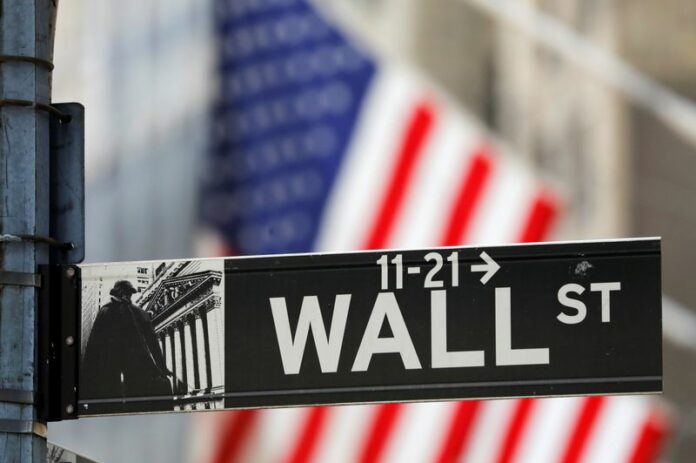 By Devik Jain and Ambar Warrick

(Reuters) – Wall Street’s main indexes tumbled more than 1% on Tuesday after Federal Reserve Chair Jerome Powell said the risk of higher inflation has increased and that it was appropriate to consider wrapping up tapering of bond purchases a few months sooner.

In his testimony before the Senate Banking Committee, Powell said it is a good time to retire “transitory” description for inflation, adding the U.S. central bank is widely expected to revisit taper timeline at its next meeting in two weeks.

“Right now, there were some expectations that we’d hear a more dovish Federal Reserve, but we’re not,” said Art Hogan, chief market strategist at National Securities in New York.

“We’re hearing a more hawkish Fed, but not that hawkish to the extent that people are betting that they’ll raise rates sooner next year.”

Powell’s comments weighed on markets already concerned over the Omicron variant following a warning from Moderna (NASDAQ:MRNA)’s chief executive on the effectiveness of COVID-19 shots against the variant.

The vaccine maker’s shares tumbled 7.6%, while Regeneron Pharmaceuticals Inc (NASDAQ:REGN) fell 2% after it said its COVID-19 antibody treatment and other similar drugs could be less effective against Omicron.

“We have a pretty good belief that it’s more contagious, what we don’t know yet is whether it’s more deadly,” said Randy Frederick, managing director of trading and derivatives at Schwab Center for Financial Research.

“The biggest thing is that the market doesn’t like uncertainty, and this creates a whole new level of uncertainty we haven’t had yet.”

The declines were broad-based, with all the 11 major S&P sectors down. Communication services dropped 2.0%, followed by energy and financials shares. [O/R]

Travel and leisure stocks slumped, with S&P 1500 Airlines and the S&P 1500 Hotels, Restaurant and Leisure indexes sliding 2.7% and 2.1% each, over concerns of more border restrictions to curb the spread of the new variant.

The uncertainty has triggered fresh alarm at a time when supply chain logjams are weighing on economic recovery and central banks globally are contemplating a return to pre-pandemic monetary policy to tackle a surge in inflation.

Data showed U.S. consumer confidence slipped in November amid concerns about the rising cost of living and relentless COVID-19 pandemic.

The S&P 500 and the Dow were also set for a monthly drop, underperforming the Nasdaq, which is tracking a small gain for November.