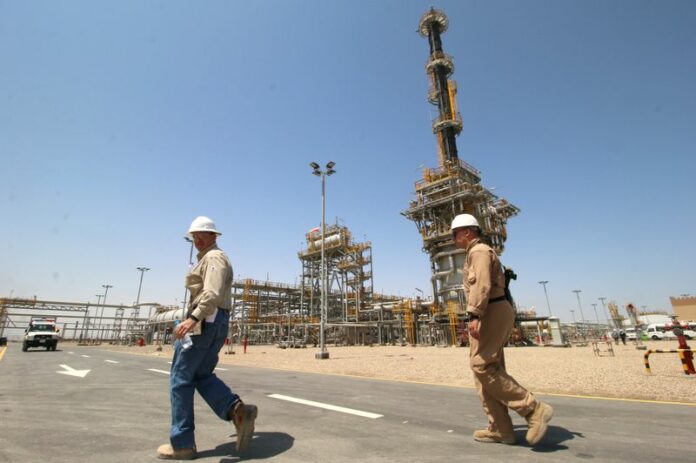 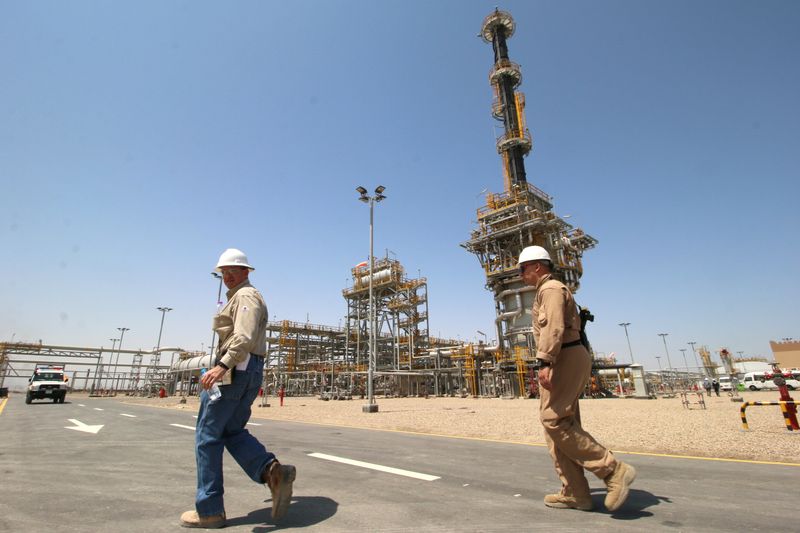 © Reuters. FILE PHOTO: A member of security foreign personnel walks with an Exxon’s foreign staff of the West Qurna-1 oilfield, which is operated by ExxonMobil, during the opening ceremony near Basra, Iraq June 17, 2019. REUTERS/Essam Al-Sudani

He added, however, that the Iraqi government’s preferred option was for BOC itself to buy Exxon’s stake in the field.

Iraq said in April that Exxon was seeking to sell its 32.7% stake in West Qurna 1, and that the oil ministry had started discussions over a possible deal.

Construction work to build the two lines to ship crude oil to the Basra offshore terminal is expected to start in the second quarter of 2022 and the new undersea lines are expected to be operational in mid 2024, said Fadhil.

A third undersea pipeline is under construction currently and is expected to be completed in mid 2023. The three export lines have a combined capacity to export three million bpd.

Iraq has also awarded a deal to a Russian company to assess damages and start repair works on another 42-inch undersea export pipe which transport crude oil to its Khor al-Amaya terminal, one of its two southern offshore oil export terminals, said Fadhil, without naming the company.

Loading operations have been halted at Khor al-Amaya since 2017 when the pipeline suffered ruptures and leakages, and had to be shut.

Maintenance operations are expected to be completed to bring back crude loading operations at Khor al-Amaya by the end of 2022, with initial capacity to pump 400,000 bpd, said Fadhil.