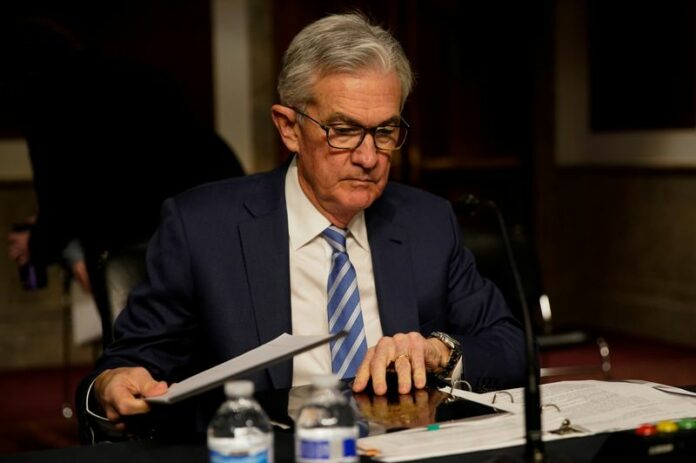 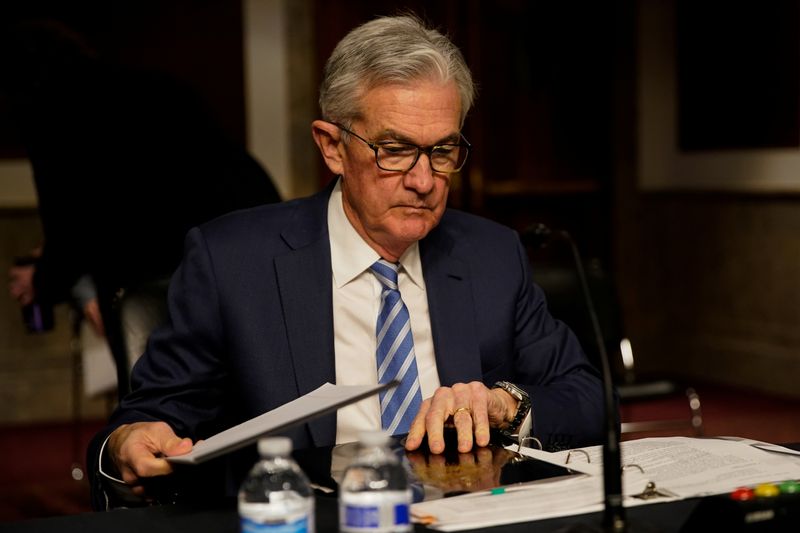 NEW YORK (Reuters) -With the U.S. economy growing strongly and supply-demand imbalances poised to persist in the near future, policymakers need to be ready to respond to the possibility that inflation may not recede in the second half of next year as expected, Federal Reserve Chair Jerome Powell said on Wednesday.

Powell, in his second day of testimony https://www.reuters.com/markets/us/powell-yellen-head-congress-inflation-variant-risks-rise-2021-11-30 in Congress, said policy will need to adapt as officials seek to bring millions of Americans back to work while also ensuring that the recent surge in inflation does not become entrenched.

“Almost all forecasters do expect that inflation will be coming down meaningfully in the second half of next year,” Powell said in a hearing before the U.S. House of Representatives Financial Services Committee. “The point is, we can’t act as though we are sure of that … We have to use our policy to address the range of plausible outcomes, not just the most likely one.”

Powell said the U.S. recovery is stronger than those of other major economies, thanks in part to more robust fiscal support. U.S. consumer spending surged in October and first-time applications for unemployment benefits are at a 52-year low, leading economists to raise their GDP growth estimates for the fourth quarter.

Still, consumer confidence dropped https://www.reuters.com/markets/us/us-consumer-confidence-ebbs-november-2021-11-30 to a nine-month low in November amid worries about the rising cost of living and pandemic fatigue. The new Omicron variant of COVID-19 is also creating more uncertainty for households and businesses.

Powell said Fed officials are monitoring the evolving economic landscape and acknowledged they might face “tension” as they pursue their dual mandate of achieving maximum employment and price stability.

“We have to balance those two goals when they are in tension, as they are right now,” Powell said. “But I assure you we will use our tools to make sure that this high inflation we are experiencing does not become entrenched.”

While wages are rising, particularly for low-wage workers, the increases are not happening at a pace that could spark higher inflation, the U.S. central bank chief said.

“We have seen wages moving up significantly,” Powell said. “We don’t see them moving up at a troubling rate that would tend to spark higher inflation, but that’s something we’re watching very carefully.”

On Tuesday, Powell told the U.S. Senate Banking Committee that Fed policymakers would discuss at their Dec. 14-15 meeting whether to end their bond-buying program a few months earlier than had been anticipated.

Last month, the Fed began reducing its purchases of Treasuries and mortgage-backed securities from $120 billion per month at a pace that would put it on track to complete the wind-down by mid-2022. The program was introduced in early 2020 to help nurse the economy through the pandemic.