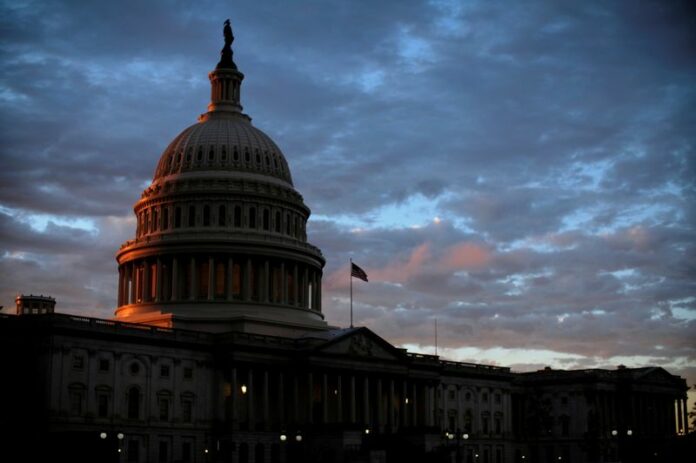 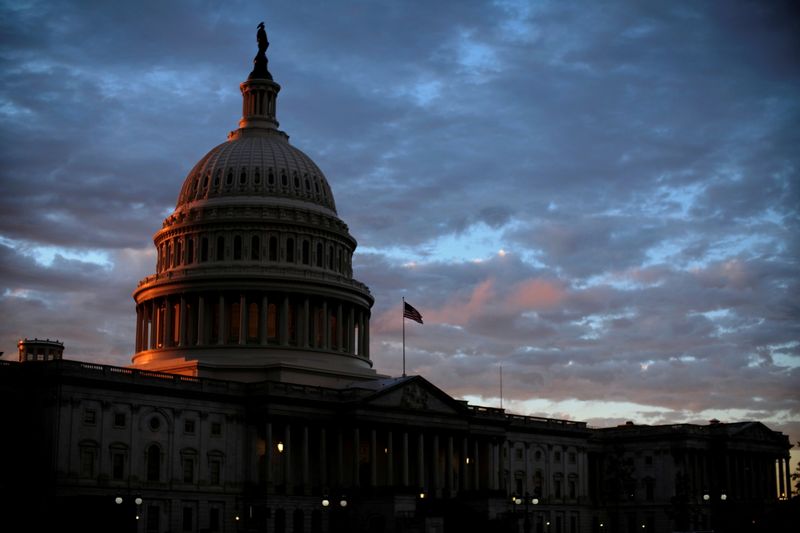 By David Morgan and Susan Cornwell

WASHINGTON (Reuters) -The U.S. House of Representatives on Thursday was set to vote on a bill to fund federal agencies through mid-February and avert a government shutdown after Democratic and Republican leaders reached an agreement on timing.

The Democratic-controlled House voted to begin debate on the bill, which would extend funding through Feb. 18, and vote on passage to give the Senate time to do the same before a midnight Friday deadline.

“This is a good compromise that allows an appropriate amount of time for both parties in both chambers to finish negotiations on appropriations,” Democratic Senate Majority Leader Chuck Schumer said on Thursday morning.

But group of hard-line Senate Republican conservatives, including Mike Lee, Ted Cruz and Roger Marshall, are threatening to delay https://www.reuters.com/world/us/some-republicans-us-congress-try-close-government-over-vaccine-mandates-2021-12-01 consideration in protest against Biden’s COVID-19 vaccination mandates, raising the possibility that the government could partially shut down over the weekend while the Senate moves slowly toward eventual passage.

Lee said on the Senate floor that if he and other Republican senators got a vote on whether to include funding for vaccine mandates in the upcoming government appropriations bill, they might not delay the government funding bill.

“All I’m asking for is a vote. It would take 15 minutes, we could do it right now,” Lee said, adding that he and the other Republican senators behind the effort wanted a simple majority on the amendment.

Both Cruz and Marshall also told reporters they wanted a simple majority vote on the amendment. Democrats hold 50 seats in the 100-seat Senate, with Vice President Kamala Harris able to vote as a tie breaker.

Senate Minority Leader Mitch McConnell, who must quell the rebellion within his caucus to keep the government operating, reiterated on Thursday that there would be no shutdown. But he did not respond when asked whether Republicans would agree to move quickly by consenting to circumvent the Senate’s cumbersome legislative rules.

“We need to pass it and that’s what we’ll be working toward doing,” the top Senate Republican told reporters.

Pelosi blasted the Republican move, saying it demonstrated “a double sense of irresponsibility” that Congress would reject.

The temporary spending bill would maintain funding of federal government operations during the COVID-19 pandemic, amid concerns about a new rise in cases and the arrival of the Omicron https://www.reuters.com/world/us-tightens-covid-19-travel-rules-countries-race-quell-omicron-threat-2021-12-01 variant in the United States.

The emergency legislation is needed because Congress has not yet passed the 12 annual appropriations bills funding government activities for the fiscal year that began on Oct. 1.

A partial government shutdown https://www.reuters.com/world/us/what-happens-when-us-federal-government-shuts-down-2021-09-27 would create a political embarrassment for both parties, but especially for Biden’s Democrats, who narrowly control both chambers of Congress.

UP NEXT: DEBT CEILING

Congress faces another urgent deadline right on the heels of this one. The federal government is also approaching its $28.9 trillion borrowing limit, which the Treasury Department has estimated it could reach by Dec. 15. Failure to extend or lift the limit in time could trigger an economically catastrophic default.

The fact that the resolution extends funding into February suggested a victory for Republicans in closed-door negotiations. Democrats had pushed for a measure that would run into late January, while Republicans demanded a longer timeline leaving spending at levels agreed to when Republican Donald Trump was president.

“While I wish it were earlier, this agreement allows the appropriations process to move forward toward a final funding agreement which addresses the needs of the American people,” House Appropriations Committee Chairwoman Rosa DeLauro said in a statement announcing the agreement.

But she said Democrats did prevail in including a $7 billion provision for Afghanistan evacuees.

Once enacted, the stopgap funding measure would give Democrats and Republicans nearly 12 weeks to resolve their differences over the annual appropriations bills totaling around $1.5 trillion that fund “discretionary” federal programs for this fiscal year. Those bills do not include mandatory funding for programs such as the Social Security retirement plan that are renewed automatically.