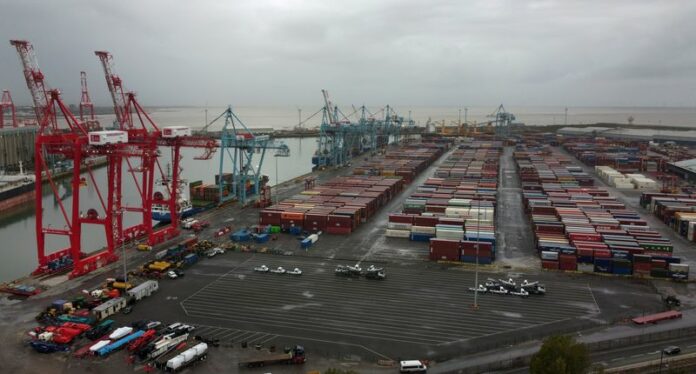 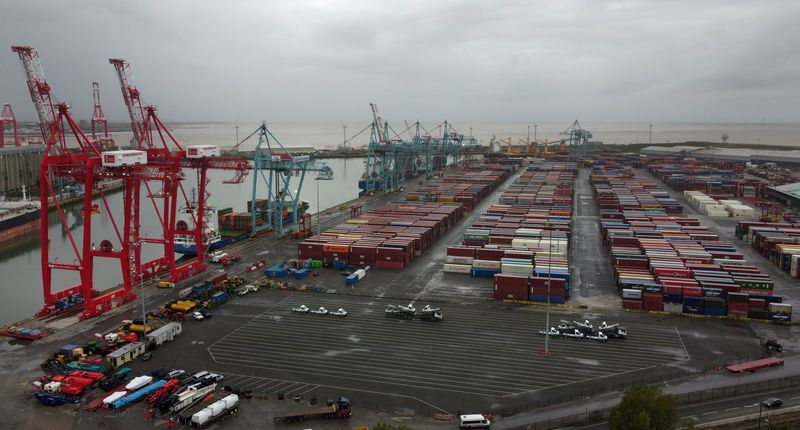 WASHINGTON (Reuters) – A U.S. administration official on Thursday said the country’s failure to remove tariffs on UK steel and aluminum has no connection to concerns about post-Brexit trade rules affecting Northern Ireland, rejecting a recent report.

Former U.S. President Donald Trump slapped 25% and 10% tariffs on steel and aluminum imports from the European Union in 2018. The tariffs were withdrawn in October of this year, but they remain in place for Britain due to its exit from the EU.

The Financial Times reported that trade talks stalled over U.S. congressional concerns about British threats to suspend parts of the Brexit agreement dealing with Northern Ireland.

But a U.S. official who declined to be named disputed that account, saying there was no link between the issues, without providing details.

Biden administration officials have said negotiations on the matter are ongoing. They have also expressed grave concerns that disagreement between London and Brussels over the implementation of the 2020 Brexit treaty could undermine the Good Friday accord, which effectively ended three decades of violence in Northern Ireland.

In September, U.S. House of Representatives Speaker Nancy Pelosi cautioned that there could be no post-Brexit trade deal with Washington if the Northern Ireland peace agreement was destroyed.

A spokesman for Prime Minister Boris Johnson said: “I think it’s important not to conflate those two issues.”

“On steel tariffs, we are working closely with the Biden administration. It’s encouraging they are taking steps to de-escalate the issue and we are very focused on agreeing a resolution that removes damaging tariffs,” he told reporters.

The UK’s trade department added that the Northern Ireland concerns “will in no way affect the UK’s approach” because “significant changes are needed” in the protocol that governs movement of goods into the province.

The Northern Ireland Protocol – agreed as part of Britain’s “Brexit” withdrawal from the EU – was struck to prevent a hard border between Northern Ireland and EU member Ireland. It keeps the British-run region, in effect, in the EU’s customs union and single market for goods.