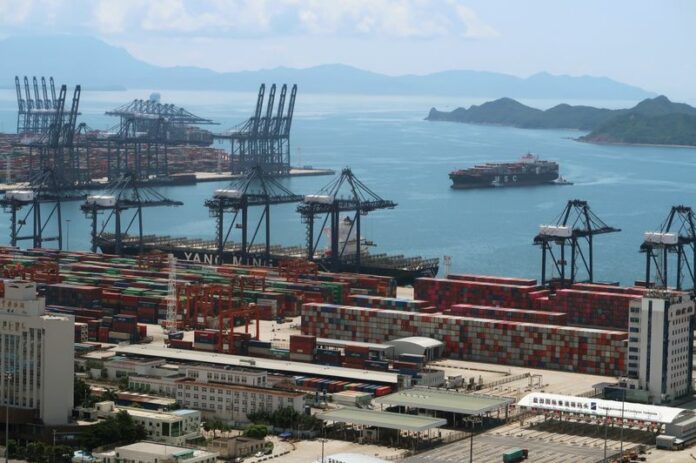 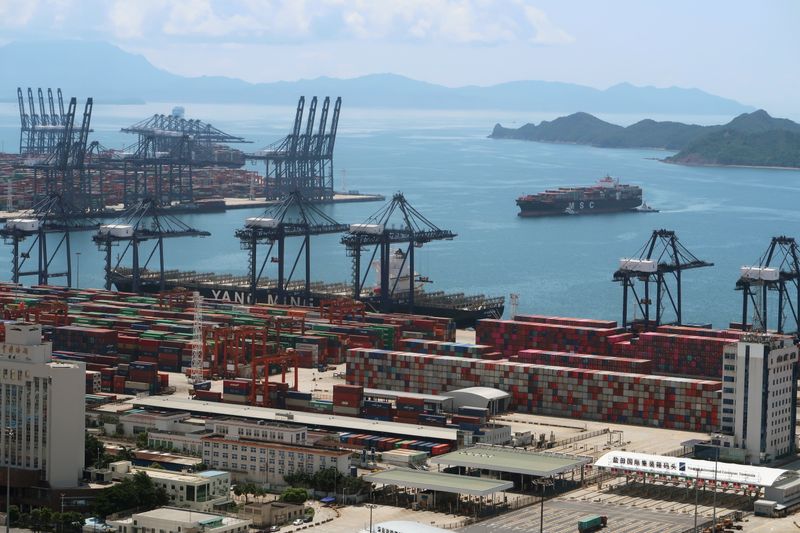 VILNIUS (Reuters) -China has imposed a customs block on Lithuanian exports, a Lithuanian trade body said on Friday, amid a deepening spat between Beijing and Vilnius about the Baltic state’s decision to allow Taiwan to open a de facto embassy.

China downgraded its diplomatic ties with the Baltic state and suspended consular services there after the Taiwanese Representative Office in Lithuania opened on Nov. 18.

China views self-ruled Taiwan as its territory with no rights as a state. Other Taiwanese offices in Europe and the United States use the name of the city Taipei, avoiding any reference to the island itself.

“I regret this decision by the Chinese authorities,” Lithuanian President Gitanas Nauseda told reporters on Friday.

“It is a pity it was taken despite Lithuania explaining quite clearly that opening of the Taiwanese representation does not clash with the ‘One China’ principle, which we keep to.”

He said he had asked Lithuania’s government to find a way to compensate businesses for their losses.

Lithuania next week will ask the European Commission “to get involved and defend Lithuania’s interests”, a Foreign Ministry spokesperson told Reuters on Friday.

Initial reports of the move by Chinese customs emerged on Thursday, said Vidmantas Janulevicius, president of the Lithuanian Confederation of Industrialists, citing three members of the trade body.

“Chinese customs no longer lists Lithuania in its list of origin countries. So customs forms for cargoes from Lithuania cannot be filed,” he said.

The confederation, whose members account for half of Lithuania’s economy, will ask the government to file a complaint with World Trade Organisation, to protest over barriers to trade, Janulevicius said.

The Chinese Office of the Charge d’Affairs in Vilnius did not comment on the report.

A European Commission spokesperson said on Friday it was in contact with Vilnius and with the EU delegation in Beijing to clarify the situation.

“We have been informed that the Lithuanian shipments are not being cleared through the Chinese customs and import applications are being rejected,” the spokesperson told a regular briefing. The Commission declined further comment.

Lithuania, which trades largely with European Union countries, exported 300 million euros worth of goods to China in 2020, making it 22nd largest destination for exports, according to government statistics.