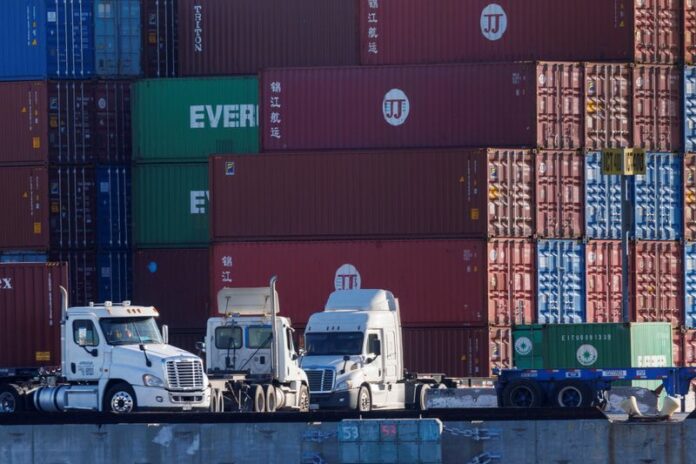 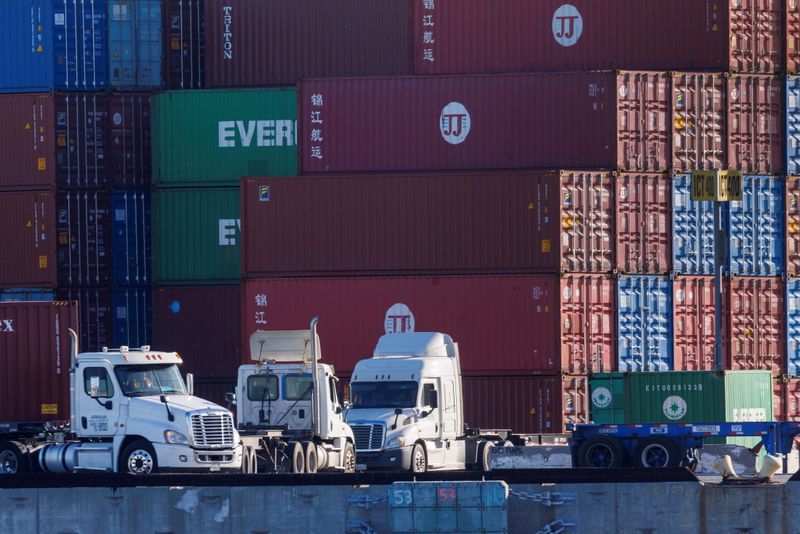 By Steve Scherer and David Shepardson

OTTAWA/WASHINGTON (Reuters) – The main trucking lobbies in Canada and the United States are warning that vaccine and testing requirements for workers will further disrupt supply chains because there is already a dire shortage of drivers.

Canada will require vaccines for truck drivers starting in January, while the Biden administration has issued rules requiring truck drivers at companies with 100 or more employees to be vaccinated or submit to weekly testing.

More than two-thirds of goods traded between Canada and the United States travels on roads and highways. For most of the pandemic, truckers crossed the border regularly as they were considered essential workers to keep supply chains flowing.

“We know that there already is disruption in the supply chain; this is going to intensify it,” said Stephen Laskowski, president and chief executive of the Canadian Trucking Alliance (CTA), which represents some 4,500 carriers.

“This is not a trucking issue. This is a Canada-U.S. economic issue,” Laskowski told Reuters, adding about 70% of that C$650 billion ($507 billion) U.S.-Canada trade moves by truck.

The American Trucking Associations (ATA), together with others, is seeking to block U.S. President Joe Biden’s vaccine mandate in court.

A U.S. appeals court issued a temporary stay https://www.reuters.com/world/us/us-federal-appeals-court-issues-stay-bidens-vaccine-rule-us-companies-2021-11-06 last month blocking the requirements. The court found “all else equal, a 28 year-old trucker spending the bulk of his workday in the

solitude of his cab is simply less vulnerable to COVID-19 than a 62-year-old prison janitor.”

The Justice Department has asked another court to throw out the temporary stay, and a decision could come as soon as mid-December.

Supply chain problems caused by the pandemic has contributed to inflation in both countries rising to decades https://www.reuters.com/business/us-consumer-prices-surge-weekly-jobless-claims-fall-2021-11-10 high.

“Given the nature of our industry and makeup of our workforce, (it) could have devastating impacts on the supply chain and the economy,” ATA President and CEO Chris Spear said in a statement.

In written comments filed with the Labor Department, the ATA said the nation’s motor carriers could lose up to 37% of their drivers to “retirements, attrition to smaller carriers and/or conversion to independent contractor owner-operators.”

Laskowski said there are already 18,000 job vacancies for truck drivers in Canada and he is pushing to delay the Jan. 15 deadline to give companies more time to deal with the situation.

Canada’s Transport, Health and Trade ministries did not comment when asked whether truckers would be given more time.

A Transport Ministry spokesman said it encourages “all Canadian industries to develop COVID-19 vaccination requirements for their employees”.

Despite the potential disruptions, some 70% of Canadians support Prime Minister Justin Trudeau’s strict https://www.reuters.com/world/americas/unvaccinated-federal-workers-canada-will-be-put-unpaid-leave-globe-mail-2021-10-06 mandates, according to an EKOS Research poll.

“We’ll be seeing shortages of goods in stores” if the vaccine requirement deadline is not delayed, said Perrin Beatty, president of the Canadian Chamber of Commerce.