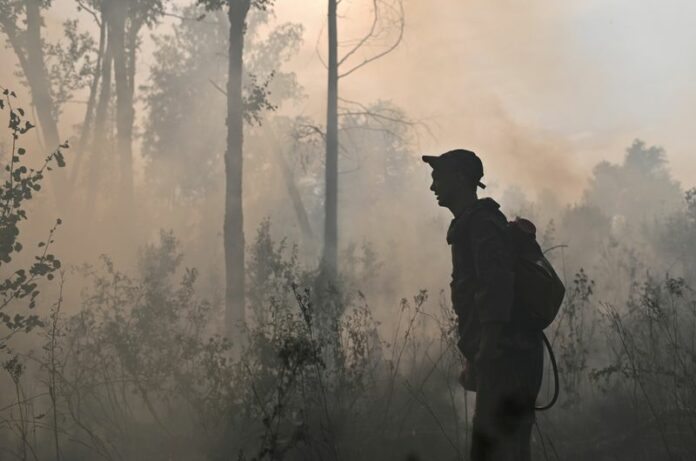 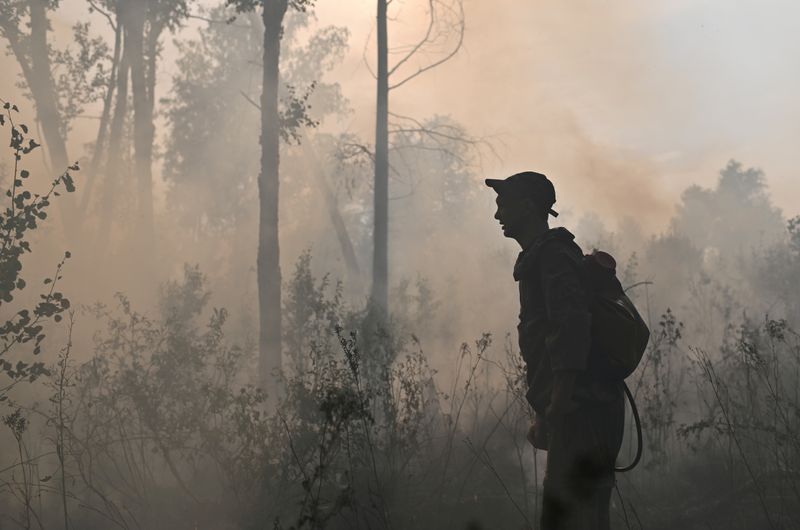 © Reuters. FILE PHOTO: A specialist of Russian Federal Agency for Forestry works to put out a forest fire outside the village of Basly in Omsk Region, Russia August 11, 2020. REUTERS/Alexey Malgavko

Some of the worst-hit hotspots recorded their highest wildfire emissions for any January-November period since Copernicus’ dataset began in 2003, including parts of Siberia’s Yakutia region, Turkey, Tunisia and the western United States.

Globally, the wildfire emissions total wasn’t the highest since 2003, but Copernicus said such emissions were likely to increase as the impacts of climate change unfold.

In North America, fires in Canada, California and the U.S. Pacific Northwest emitted around 83 million tonnes of CO2, emitting huge smoke plumes that drifted across the Atlantic to reach Europe, Copernicus said.

California’s “Dixie fire”, which ravaged nearly a million acres, was the largest recorded fire in the state’s history.

In the Mediterranean, a hot and dry summer fanned intense blazes in countries including Greece and Turkey. Thousands of people in those countries were evacuated from their homes, and Copernicus said the region’s air quality deteriorated as the fires caused high levels of health-damaging particular matter.