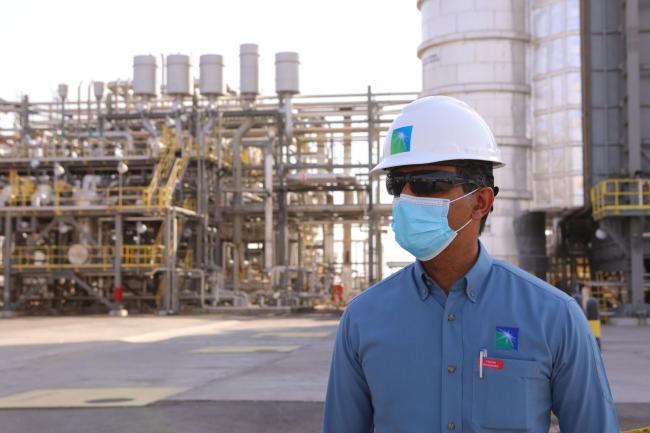 © Bloomberg. A Saudi Aramco employee at the Khurais Processing Department in the Khurais oil field in Khurais, Saudi Arabia, on Monday, June 28, 2021. The Khurais oil field was built as a fully connected and intelligent field, with thousands of sensors covering oil wells spread over 150km x 40km in order to increase the efficiency of the plant and reduce emississions, according to a Saudi Aramco statement released to the media. Photographer: Maya Sidiqqui/Bloomberg

Saudi Arabia raised oil prices for buyers in Asia and the U.S., days after OPEC and its allies made a surprise decision to increase output.

The move signals that the world’s biggest crude exporter still sees strong demand in its two main markets, despite the spread of the omicron variant of the coronavirus.

State producer Saudi Aramco (SE:2222) increased January’s prices for all crude grades that will be shipped to Asia and to the U.S. The company raised the key Arab Light grade for customers in Asia by 60 cents from December to $3.30 a barrel above a benchmark.

Aramco had been expected to raise pricing for the long-term Arab Light contracts by 70 cents a barrel, according to a survey on Friday of six traders and refiners in Asia.

OPEC+, led by the Saudis and Russia, opted on Thursday to proceed with a supply increase next month, even as new Covid-19 cases threaten to sap demand. OPEC+ said it could change plans at short notice if the market worsens.

Oil slid for a sixth straight week due to the spread of omicron and the prospect of more barrels coming to the market. Crude is down about 20% since the start of November, paring this year’s gain to 35%.