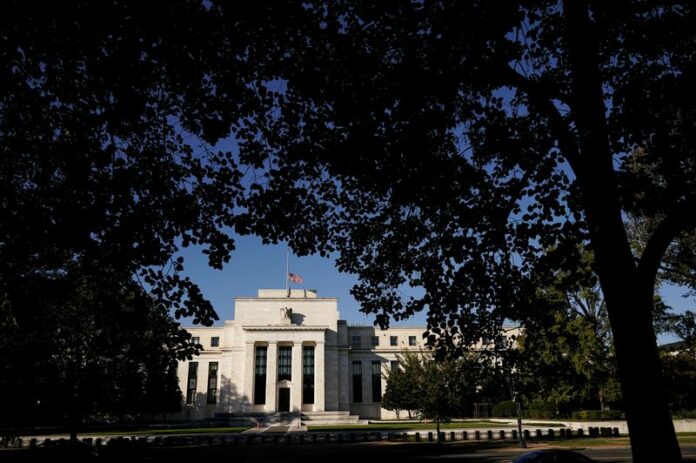 Jerome Powell’s pivot toward a quicker withdrawal of stimulus paves the way for a more agile Federal Reserve in 2022, one that’s willing to raise interest rates faster than expected if inflation lingers or hold back if the pandemic worsens.

Powell, recently picked for another four years as chair, is responding to hot readings on the economy that caught officials by surprise, including signs that inflation is spreading and labor supply is still limited despite falling unemployment.

Investors can expect stepped-up Fed communication of an evolving outlook for employment and inflation that stresses flexibility amid uncertainty over the pandemic and new virus strains. The ultra-gradual normalization that marked the Fed’s retreat from stimulus after the 2008-2009 financial crisis is not a template for this Fed, which is facing something policy makers haven’t had to confront in decades: booming growth and soaring prices.

“They are shifting,” said Anna Wong, chief U.S. economist at Bloomberg Economics and a former Fed Board staffer. “What we are seeing is more weight being put on the discretionary part of policy-making, given the large forecast errors on inflation.”

Powell told U.S. lawmakers last week it was time to “retire” the Fed’s description of high inflation as “transitory,” a stance it held fast to for most of 2021 and which left it doling out stimulus even as some called for it to pull back on as inflation accelerated.

During hearings in which he heard bipartisan complaints about the harm of high prices, he also said officials meeting Dec. 14-15 would consider ending their asset purchase program a few months earlier than initially planned in mid-2022. They will also release fresh rate forecasts, which in September saw them evenly split over raising rates next year.

The broadly-signaled policy pivot, coming shortly before the meeting, already has some analysts boosting their outlook for interest rates next year.

“We are moving to a three-hike baseline for 2022 with 25 basis-point rate increases in June, September and December,” Evercore ISI’s Krishna Guha and Peter Williams wrote in a note Friday.

Such a path may depend on the impact of the new omicron variant of the coronavirus. In a weekend report, Goldman Sachs Group Inc (NYSE:GS). economists cut their forecasts for the U.S. economy this year and next after deciding the strain’s spread would exert a “modest downside” drag on growth.

Powell’s signal, just weeks after the Nov. 2-3 Fed meeting at which the taper was announced, responds to an economic recovery that has surprised officials at every turn. That intensified in the days leading up to and shortly after the decision.

Employment costs rose at a record pace, according to data just days before officials gathered. A week later, a government report showed consumer prices rose in October by the fastest pace in three decades. That month’s jobs report also came in strong. But the labor market continued to see fewer workers re-entering than anticipated, despite the wide availability of coronavirus vaccines and the reopening of schools. And underlying demand is solid — retail sales rose in October by the most in 7 months — with estimates of fourth-quarter growth remaining strong.

Other Fed officials began suggesting the need to remove policy support faster soon after the taper was announced.

Fed Vice Chair Richard Clarida, Governor Chris Waller, Cleveland Fed President Loretta Mester and Atlanta Fed President Raphael Bostic have all said they were open to a faster removal of policy support, as did San Francisco Fed President Mary Daly, who is usually a policy dove. James Bullard of St. Louis, who’s been pushing to speed up the taper for a while, said Friday he favored wrapping up in March.

“When inflation is a problem, there are no doves,” said Laurence Meyer, a former Fed governor, who was struck by how fast officials began publicly questioning their own policy decision. “Can you ever think of a time when they announced a decision, and before they actually start it, are changing it? I can’t.”

Notably silent throughout this period were two prominent U.S. central bankers: Powell himself, and Governor Lael Brainard, who were both being considered for the chairmanship.

President Joe Biden announced Nov. 22 that Powell would be renominated while Brainard would be elevated to vice chair to replace Clarida, whose term as a governor expires in January.

Eight days later, Powell added his voice to the discussion, telling senators that it was time to discuss whether the Fed should “wrap up” asset purchases more quickly.

He also told the Senate Banking Committee that, given the wedges in the labor market now with the virus still out there, it would take more time to get workers back. That’s why getting inflation under control now was critical to his labor market goal, he explained.

“We’re going to need a long expansion; to get that we’re going to need price stability,” Powell said. “And in a sense, the risk of persistently high inflation is also a major risk to getting back to such a labor market.”

In part because the Fed made much of its maximum employment goal being “broad-based and inclusive” when it updated its policy framework last year, progressives are likely to hold Powell accountable to those terms as the central bank approaches tightening in 2022.

In the near term, though, both Democrats and Republicans want Powell to do something about inflation. That’s a big political gift for the Fed, since historically lawmakers tend to pressure the central bank to keep borrowing costs low.

“We’ve got to get control of inflation; it’s ravaging our people,” Louisiana Republican Senator John Kennedy told Powell during the hearing.