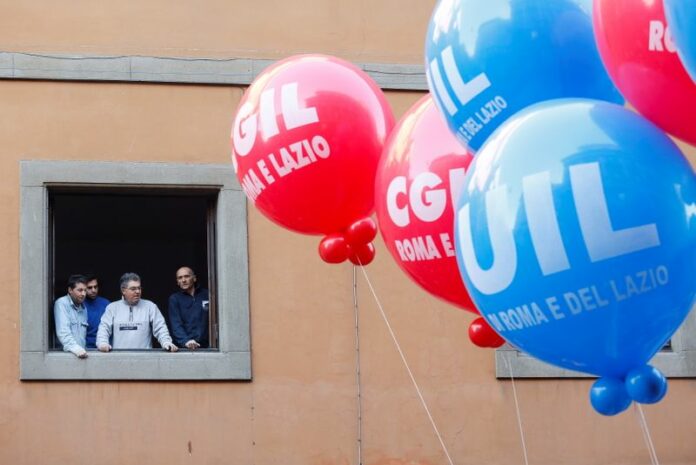 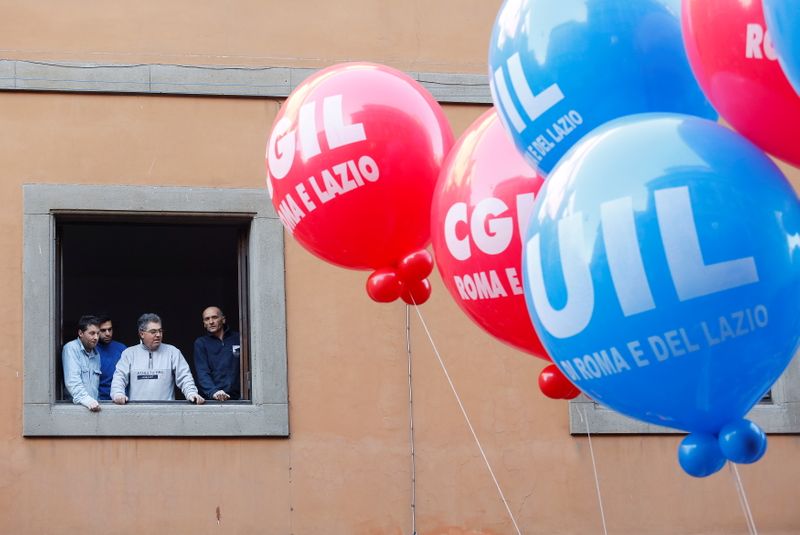 © Reuters. FILE PHOTO: People look out from a window during a demonstration against government in downtown Rome December 12, 2014. REUTERS/Remo Casilli

The CGIL and UIL unions called the one-day stoppage for Dec. 16, saying in a statement released late Monday that they opposed measures in the budget concerning taxes, pensions, schools, industrial policies and job insecurity.

However, Italy’s second largest union, CISL, said it would not take part in the protest — the first such split between the country’s big three labour groups since 2014.

“The CISL considers it wrong to resort to a general strike and to radicalise the conflict at such a delicate time for the country, which is still committed to tackling a pandemic that will not let up,” CISL said in a statement.

“Certainly this is not a reform that penalises workers or pensioners,” said Andrea Orlando, the labour minister and leading figure in the centre-left Democratic Party (PD).

Government officials have met union chiefs on several occasions to discuss the budget, most recently last Friday. The CGIL and UIL representatives have called for the planned tax cuts to be aimed more at the lowest paid and want more help to be given to poorer families to deal with energy price hikes.

“The resources available at this stage … (should) have enabled a more effective redistribution of wealth,” CGIL and UIL said in their joint statement.

The two unions called for rallies in four cities on Dec. 16 but it is not clear if the strike call would have any major impact on the economy.