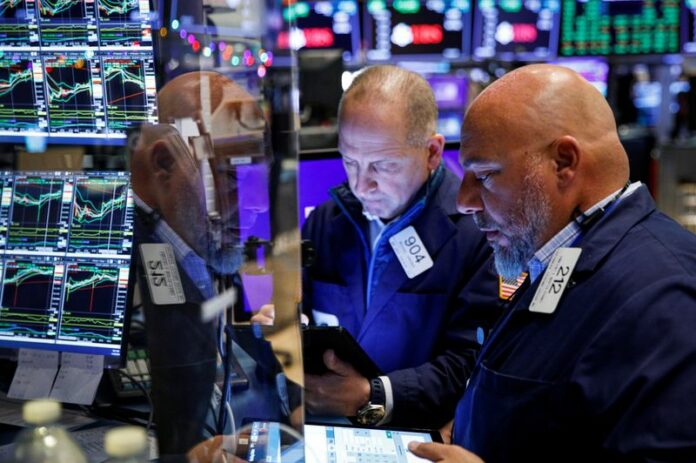 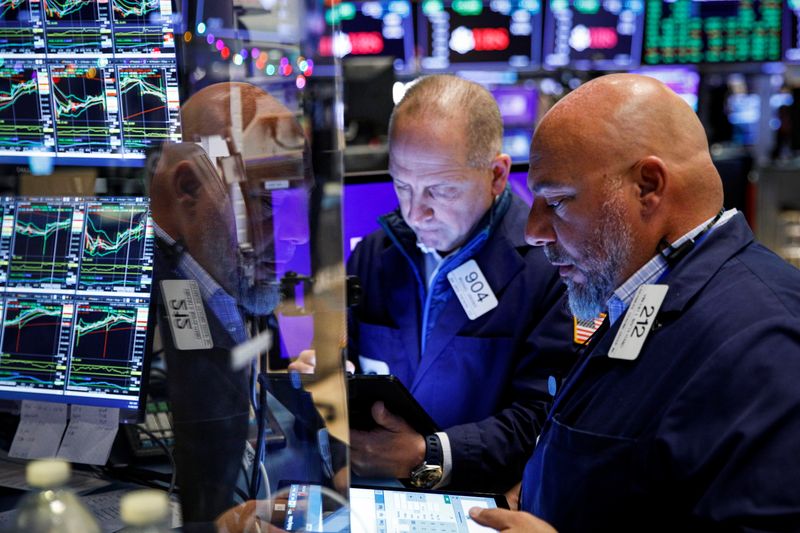 Investing.com — China Evergrande is formally in default, but the yuan and Chinese assets react with a shrug. Weekly jobless claims are due, while central banks around the world continue to tighten monetary policy increasingly aggressively. Stocks are set to open lower as Amazon (NASDAQ:AMZN) gets another antitrust fine and GameStop (NYSE:GME) disappoints its retail investor army. The pound slumps to a 2021 low as Covid-19 restrictions are reintroduced. Here’s what you need to know in financial markets on Thursday, 8th December.

The yuan remained steady and Chinese equity and debt markets rose, despite the first formal declaration of default on real estate developers China Evergrande and Kaisa.

Fitch said Evergrande was in ‘restricted default’ after missing payments on two dollar bonds and a loan guarantee that had not been widely known about until last week. That will trigger cross-default clauses on over $19 billion of Evergrande debt, and a major restructuring of those liabilities.

The developer’s dollar liabilities are less than 7% of its total debt pile. The People’s Bank of China acted to pre-empt volatility in the local markets last week by cutting the reserve ratio for banks, freeing up nearly $190 billion in liquidity.

Markets were also lifted by declines in Chinese consumer and producer inflation in November, although both were smaller than expected.

The U.S.’s labor market is in the spotlight again with weekly jobless claims data due at 8:30 AM ET (1330 GMT), which follow hot on the heels of another red-hot report on job openings and labor turnover. Analysts expect a modest drop in initial claims to 215,000 from 222,000 last week.

The monthly JOLTS survey had shown vacancies in the U.S. surging back above 11 million, reviving fears of labor shortages that could crimp output and raise prices. The phenomenon is not restricted to the U.S.: a survey published by KPMG in the U.K. on Thursday showed vacancies rose again in November while starting salaries rose at their fastest since records began.

Globally, central banks continue to react to tightening labor markets and other inflationary pressures by raising interest rates: Brazil hiked its key rate by 150 basis points and Poland by 50 basis points on Wednesday and both warned of more to come. Ukraine followed suit earlier Thursday and Peru is expected to at its central bank meeting later. Russia and Hungary are also expected to hike on Friday.

U.S. stocks are set to open lower on a bit of profit-taking after the Omicron relief rally ran out of gas on Wednesday.

Stocks likely to be in focus later include GameStop, which fell over 5% in premarket trading after publishing a wider net loss for its fiscal year and failing to provide much clarity over the digital transformation that Chewy (NYSE:CHWY) CEO Ryan Cohen was supposed to usher in.

Also in focus will be Amazon (NASDAQ:AMZN) after it received a 1.13 billion euro ($1.3 billion) antitrust fine from Italy. Oracle (NYSE:ORCL), Costco (NASDAQ:COST), Lululemon and Broadcom (NASDAQ:AVGO) all report earnings after the close.

Prime Minister Boris Johnson announced a tightening of government guidance to stop the quickening spread of Covid-19 in the U.K., pushing the pound to its lowest in a year against the dollar.

The new regulations are largely advisory, recommending that people work from home wherever possible. The government had already reintroduced a mask mandate for indoor retail spaces last week.

However, the hospitality industry will be largely exempt, and office Christmas parties will be allowed to proceed. Tighter rules in this area were politically impossible due to an ongoing scandal over revelations that Johnson’s own staff held an illegal Christmas party in 10 Downing Street last year while the rest of the country was in strict lockdown, submerged under a wave of Covid deaths.

Crude oil prices fell as doubts returned about the strength of demand going into a holiday period likely to be punctuated by ad hoc restrictions across much of the northern hemisphere.

In Europe, carbon emissions prices eased from record highs amid forecasts of warmer temperatures. Prices had opened at a new record of 90.26 euros (102.14) a ton but fell around 5% by late morning in Germany. However, the longer term problems of a shortage of Russian gas continues to hang over the market as the ongoing stand-off over troops on the Ukrainian border complicates the political backdrop for the start of flows through the Nord Stream 2 pipeline.