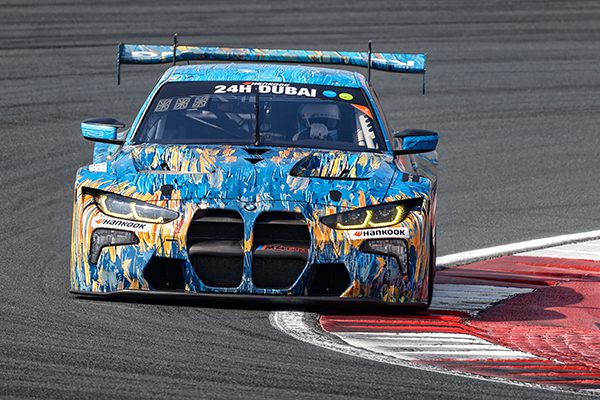 From 13th to 15th January, roughly 80 race cars will battle it out for victories, positions and points in the GT and TCE classes at the Dubai Autodrome.

The premium tyre maker is all set for the 2022 Hankook 24H Dubai, as it is every year. Consisting of over 50 employees, the Hankook crew will provide optimal on-site support for all the teams taking on the desert marathon with the tried-and-tested Ventus Race. The high-end race tyre is available as a standard compound in various different sizes, each in a slick and wet-weather version. With its high degree of consistency and predictability, the Ventus Race is an ideal partner for the drivers in the first real test of the new season.

Manfred Sandbichler, Hankook Motorsport Director Europe: “The season-opener in Dubai is used by many teams to test new components and cars in competitive conditions. This year features the GT2 class for the first time, in which the Audi R8 LMS GT2 is set to make its Dubai debut. Meanwhile, the new BMW M4 GT3 will see competitive action for the first time. As in previous years, all the starters can depend on the perfect service provided by our Hankook team, as well as the strong performance of the Ventus Race.”

The 5.39-kilometre Dubai Autodrome has 16 corners and is driven clockwise. The biggest challenge for the drivers and race tyre is the desert sand, which is repeatedly blown onto the asphalt. This causes the cars to skid frequently, which puts greater strain on the running surface of the Ventus Race, but without detracting from the tyre’s performance. As well as the sand on the track, the sometimes large differences between daytime and night-time temperatures also pose a challenge to the Ventus Race, which has nevertheless overcome this challenge superbly in recent years.

Ole Dorlemann, organiser Creventic: “We are proud to have had Hankook on board as official tyre supplier for eight years already. In the last two years, in which we have been confronted with many external challenges, Hankook has always proven to be a reliable and strong partner. We are pleased to be able to continue this partnership over the coming years. Hankook’s wealth of experience in endurance racing, and the committed and professional support it provides at each of our events, make Hankook one of the most important pillars within the framework of the 24H Series powered by Hankook.”

The 24-hour classic in the Arabian Gulf is the opening round of the 24H Series powered by Hankook, which the premium tyre maker has accompanied since 2014 as title sponsor and exclusive tyre partner. The renowned endurance racing series consists of seven rounds in seven countries on three continents. Four of these races are held over the marquee distance of 24 hours, with the remaining three over 12 hours. Hankook Motorsport Director Europe: “Hankook is proud to have supported the high-class 24H Series as title sponsor and exclusive tyre partner for so many years. Our main focus is now on the 24-hour race in Dubai, which has developed into a top international motorsport event in recent years. I expect a spectacular opening race, which will kick off an exciting season in the 24H Series, and I am looking forward to continuing the outstanding and trustworthy collaboration with the organiser Creventic.”