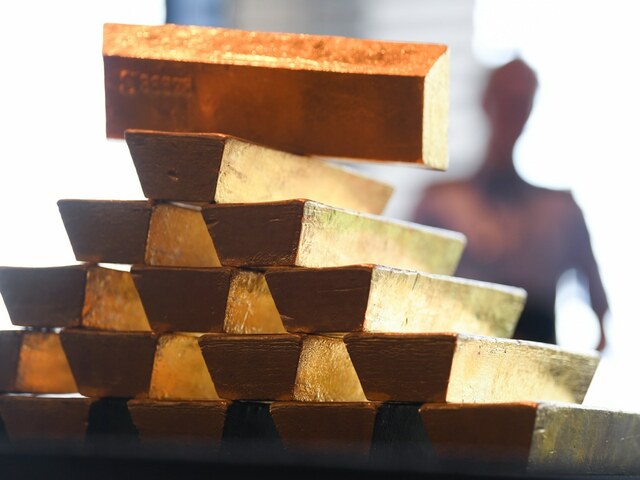 Gold holds near 1-week high on struggling US dollar

Gold prices were holding near a more than one-week high on Friday, supported by a retreating US dollar and lower Treasury yields as markets awaited economic data to gauge the pace of upcoming US rate increases.

“The fact that the US inflation numbers weren’t as high as people were thinking, might be in gold’s favour,” said Michael Hewson, chief market analyst at CMC Markets UK, adding that a weaker dollar and falling yields for the week have helped push gold higher.

Non-yielding bullion is considered an inflationary hedge. It also benefits from dollar weakness that makes it cheaper for holders of other currencies.

Federal Reserve policymakers this week signalled they will start raising US interest rates in March to fight inflation.

Investors await US economic data including retail sales later in the day, after the December CPI data came in line with expectations.

The dollar fell to its lowest in more than two months, while the benchmark US 10-year Treasury yields face their first weekly dip in four.

“There is strength in the market but at the same time there is a key level of resistance at $1,830 that gold will struggle to break because it would need further dollar weakness or further easing in the bond markets for that to happen,” said Saxo Bank analyst Ole Hansen.