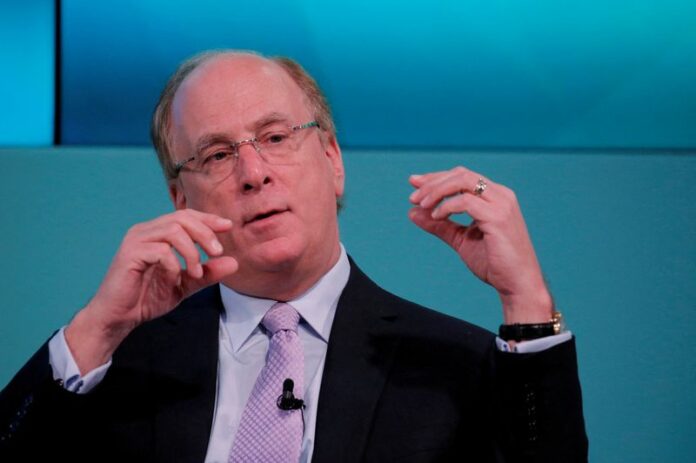 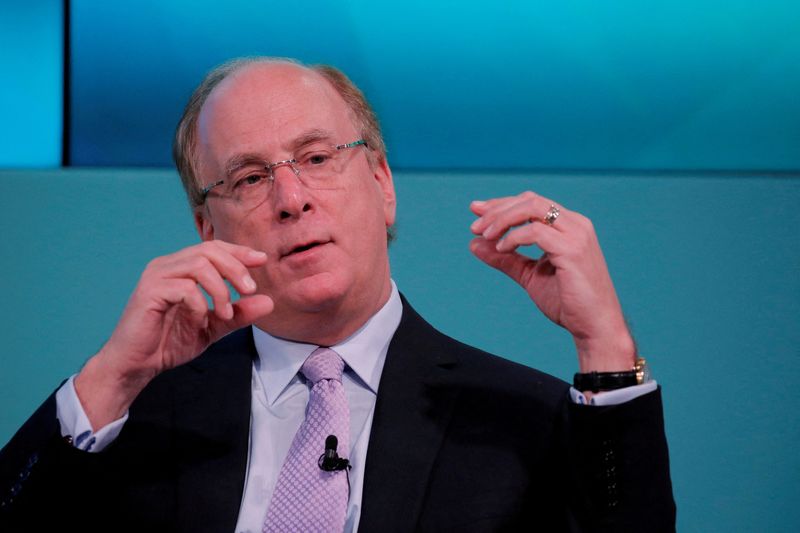 (Reuters) -A fast pace of monetary policy readjustment to curb inflation could lead to a flattening of the U.S. Treasuries yield curve, warned BlackRock (NYSE:BLK) chief Larry Fink, amid a recent spike in yields that some said had echoes of 2013 “taper tantrum.”

The shape of the yield curve reveals investor expectations for U.S. growth and monetary policy. A hawkish stance by the U.S. Federal Reserve planning sooner-than-expected rate increases has pushed up short-term rates, flattening the curve.

“I think the yield curve is going to be flattening, you know, and I can even see if the Federal Reserve is very aggressive, I can see a, you know, a negative yield curve”, Fink told CNBC in an interview on Tuesday, according to a transcript.

A negatively sloped or inverted curve is a phenomenon that is considered bad news for the short-term economic outlook and has presaged past recessions.

“The shape of the yield curve is going to be the critical issue that’s going to determine the economy,” Fink said.

The chief executive of BlackRock, the world’s biggest asset managerwhich oversees $10 trillion as of Dec. 31, added that he expects inflation to be higher and the Federal Reserve to be “aggressive” for the next two years.

Fink’s remarks follow some Fed speakers such as Kansas City Fed President Esther George who last week urged a swifter runoff of the Fed’s balance sheet than in the last tightening cycle due to the risk of flattening the yield curve if rates are raised while the balance sheet is swollen.

Financial markets are expecting that the U.S. Federal Reserve could raise rates as many as four times this year after post-pandemic stimulus measures that boosted the U.S economy but also caused inflation to rise.

On Tuesday, two-year U.S. Treasury yields, which track short-term interest-rate expectations, rose above 1% for the first time since the start of the pandemic, further eroding the yield advantage longer-dated securities usually hold over shorter-dated ones.

The yield curve between two- and 10-year notes earlier flattened to 81 basis points, the smallest yield gap since Jan. 3.

The yield spike had some echoes of the 2013 taper tantrum, BlackRock Investment Institute (BII) said in a research note on Tuesday.

At that time, bond yields jumped after then-Fed Chairman Ben Bernanke signalled the start of the unwinding of the Fed’s bond purchase program and sparked the taper tantrum.

“Yet we see key differences: It’s not driven by fears of a sharp increase in the policy rate; growth is strong; and the Fed has honed its signalling,” it said.

Thomas Mathews, an economist at Capital Economics, told Reuters that, similar to the 2013 taper tantrum, the recent spike in yields was linked to the rate hike implications of the Fed’s hawkish pivot, but also pointed to distinctions.

“The rise in yields over the past couple of months has still been quite a bit smaller than we saw back then, and while there have been some wobbles, we haven’t seen the big sell-offs in risky assets, especially those in emerging markets, that characterised that episode,” he said.

Not everyone sees a flatter curve. U.S. investment firm PIMCO said last week it is looking to position portfolios for a steeper curve in expectation of more normal economic conditions.