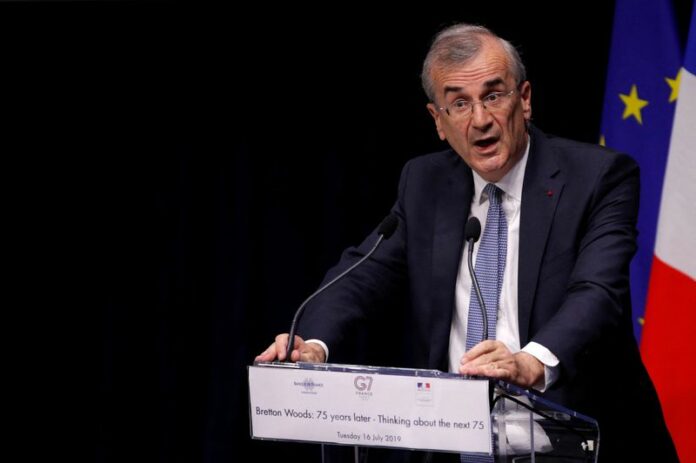 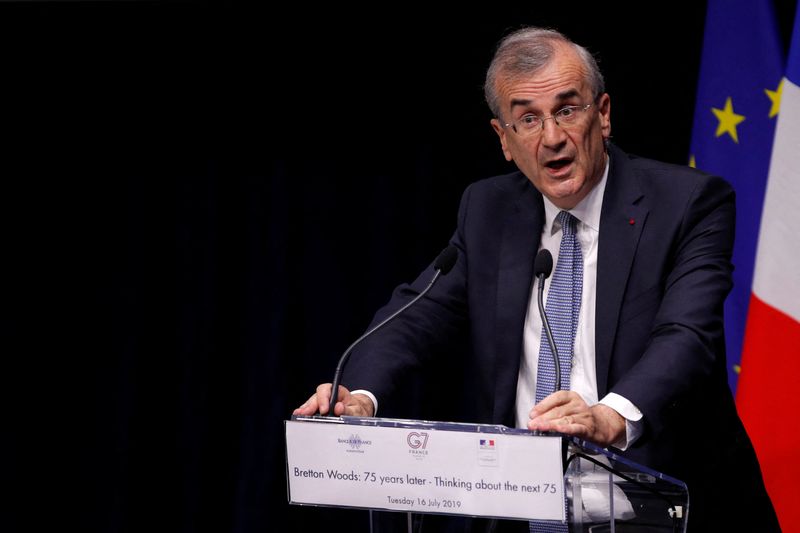 PARIS (Reuters) -France cannot afford tax cuts and spending increases that have been floated by presidential candidates ahead of an election set for April, the head of the central bank said on Tuesday.

France saw public debt shoot up to about 115% of economic output during the COVID pandemic from under 100% previously as President Emmanuel Macron promised to do “whatever it costs” to prop up the economy during the crisis.

But if the future government merely carried on with trends seen over the last decade, the national debt would at best only remain stable, Bank of France Governor Francois Villeroy de Galhau said.

“Proposals for new spending and additional tax cuts are multiplying in the public debate today. The reality is our country can’t afford either,” he told a conference at Paris’ Dauphine University.

“We cannot allow our public finances to deteriorate further,” he added.

France is due to hold the first round of its presidential election on April 10 and the second round on April 24.

A one percentage point increase in interest rates, which was “far from an extreme scenario”, would cost 39 billion euros ($44 billion) per year after 10 years, equivalent to France’s defence budget, Villeroy said.

With costs from an ageing population and energy transition only set to rise, politicians cannot keep deferring the need to put the public finances in order, he said.

“Sooner or later, that will cause a political or social crisis or a crisis of confidence among international investors,” Villeroy added.

He called for a strategy to cut debt to below 100% of GDP over a decade from next year by focusing on boosting France’s growth potential by at least half a percentage point while keeping annual public spending growth to no more than 0.5%.

Faster growth depends on raising employment to levels closer to peers such as Germany and this hinges on better training for young people and carrying out retirement reform. Villeroy said.