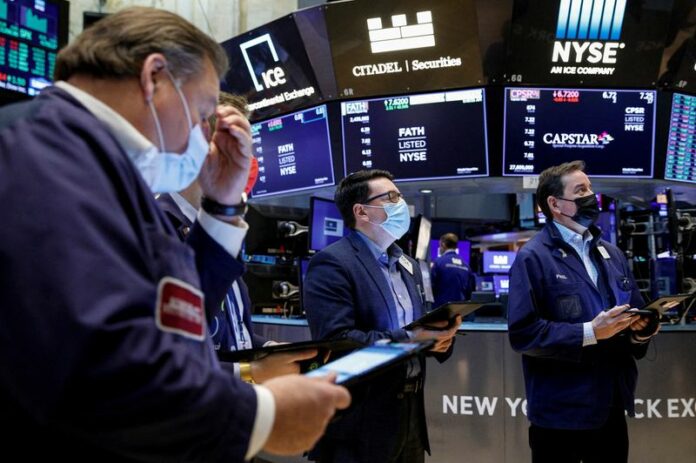 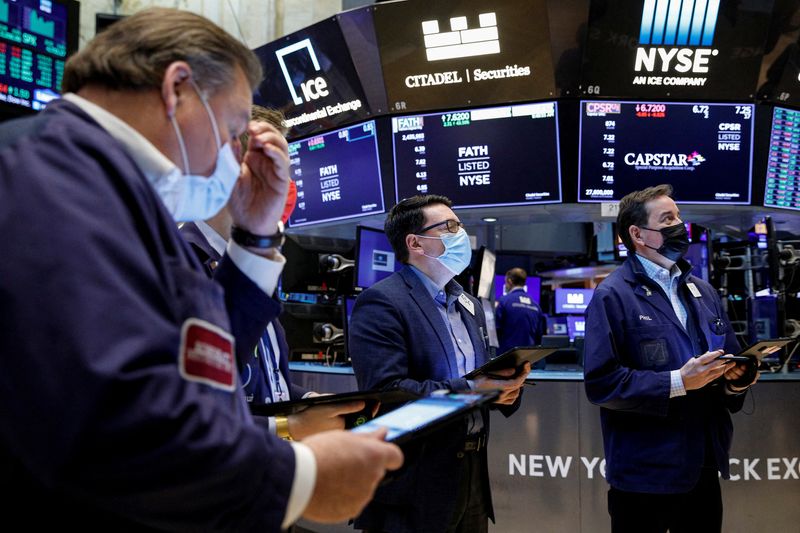 Goldman Sachs shares tumbled 7% after the investment bank missed quarterly profit expectations amid weak trading activity. The financials sector, which has been one of the better-performing groups in 2022, dropped 2.3%.

“The financials crumbling a little bit under the weight of less-than-impressive earnings quarters is probably the biggest factor today,” said Chuck Carlson, chief executive officer at Horizon Investment Services in Hammond, Indiana. “When you have taken out potentially one of the areas that actually was working here, that kind of casts a pall on the market.”

The steep ascent in yields to start 2022 has weighed in particular on tech and growth stocks, whose future expected cash flows are discounted more sharply as yields rise.

“The hot inflation prints have spooked the market that the Fed is going to move and so we are seeing this rise in yields,” said Mona Mahajan, senior investment strategist at Edward Jones.

“It’s not only the rise in yields but the rapid rise in yields … that really does cause some indigestion in the market, but particularly in growth, higher valuation, more speculative asset classes,” Mahajan said.

Of 11 S&P 500 sectors, 10 ended lower, with technology falling the most. Energy, the top-percentage gainer so far in 2022, was the lone sector in positive territory, rising 0.4%.

Declines in megacap stocks, including Microsoft (NASDAQ:MSFT), Apple (NASDAQ:AAPL) and Meta Platforms, weighed heavily on the S&P 500 among individual shares.

A BofA survey showed that fund managers had cut their overweight positions in tech to their lowest levels since 2008, while another survey by Deutsche Bank (DE:DBKGn) found that a majority of respondents believed U.S. technology stocks are in bubble territory.

Investors are zeroing in on next week’s Fed policy meeting for more clarity on central bankers’ next moves to rein in inflation. Data last week showed U.S. consumer prices increased solidly in December, culminating in the largest annual rise in inflation in nearly four decades.

In company news, Activision shares soared nearly 26% after Microsoft announced a deal to buy the video-game maker for $68.7 billion. Shares of other video game companies rose, with Electronic Arts (NASDAQ:EA) up 2.7% and Take-Two (NASDAQ:TTWO) Interactive Software up 1%. Microsoft shares fell 2.4%.

Declining issues outnumbered advancing ones on the NYSE by a 5.52-to-1 ratio; on Nasdaq, a 4.93-to-1 ratio favored decliners.

About 11.9 billion shares changed hands in U.S. exchanges, compared with the 10 billion daily average over the last 20 sessions.